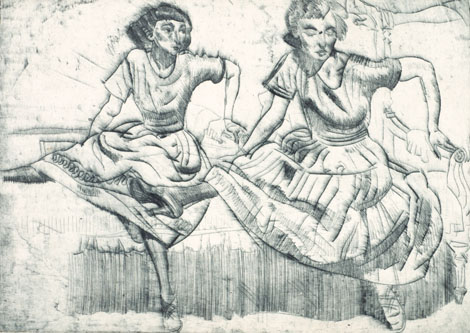 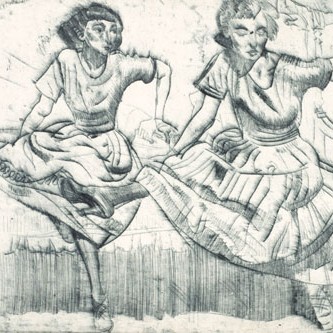 It is an extremely rare graphical sheet, where Wiiralt has depicted his co-student Anna Põllusaar. Technical perfection can already be detected here, as Wiiralt was an artist from the grace of God. No wonder that he boldly starts with complicated postures, which present especially complicated requirements for detail-abundant graphical art. Most probably Wiiralt was encouraged by the fact that he knew the models well. Anna Põllusaar was one of the first “Pallas” students, who entered this school at its foundation year 1919. She studied drawing for seven years, continuing her studies at Nikolai Triik’s painting studio. She also married Triik in 1929, learning also sculpture before leaving first for Germany, thereafter for Australia. By the way, even eight years ago Anna Triik could have been able to memorize a thing a two about the accomplishment of the work.