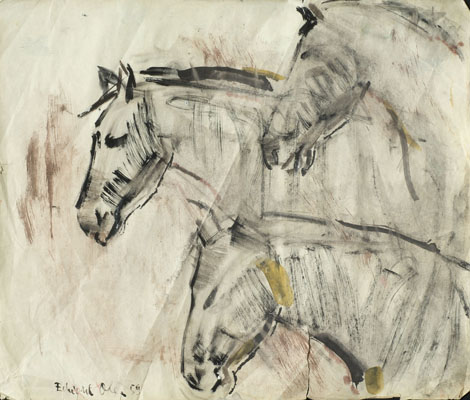 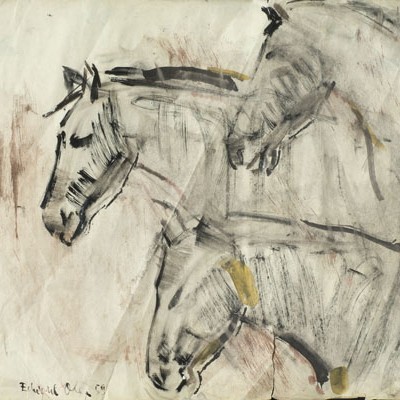 Horses have often been depicted in the creation of Eduard Ole. Why? If we look at artists’ choices, then a horse has been depicted because of many different reasons, among which are its powerful motions, complicated anatomy, the diversity of meanings and also the bond between him and man. Ole has with his robust and sketchy style been enchanted by emotions that are usually applied to people. So his depiction of these animals has been very “humane”, their heads are lowered and it seems that they are deep in their thoughts. Such trend at the depiction of animals is not at all very rare, but definitely can be regarded rare Ole’s sincerity.