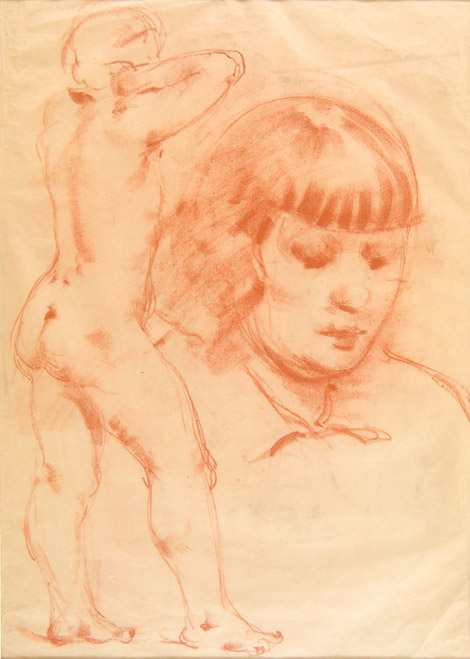 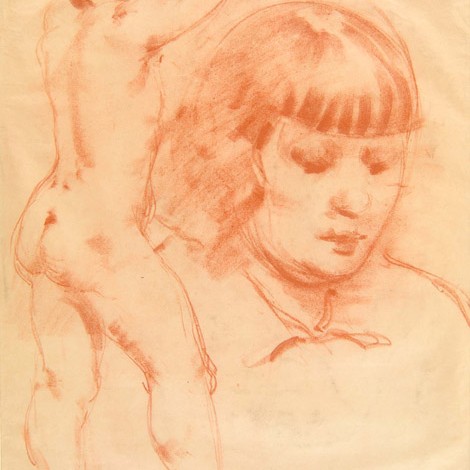 Kristjan Teder’s “Tütarlaps aktiga” is a study-style drawing, where the artist has experimented with two favourite motifs of drawers: a nude and a child’s portrait. The nude is sketchy, having been depicted lightly with a couple of lines, giving evidence of Teder’s ability to improvise and move along picture surfaces with elegant lightness. The girl is much more elaborate and next to outer form has been attempted to grasp also her inner world, serious and modest. In this manner Teder joins on one sheet two sides of drawing: the free and generalising and absorbed and exact one.