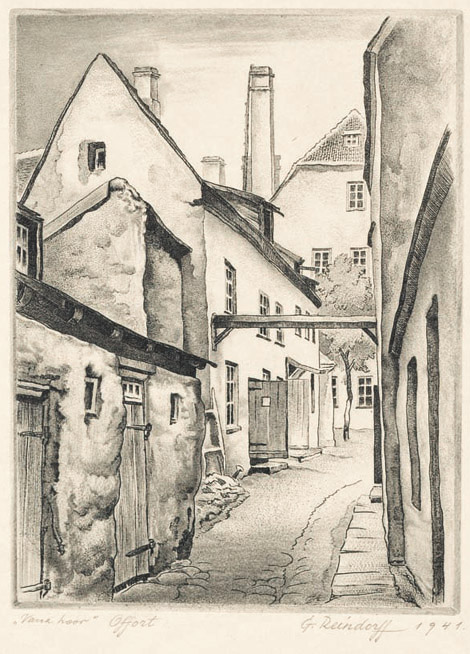 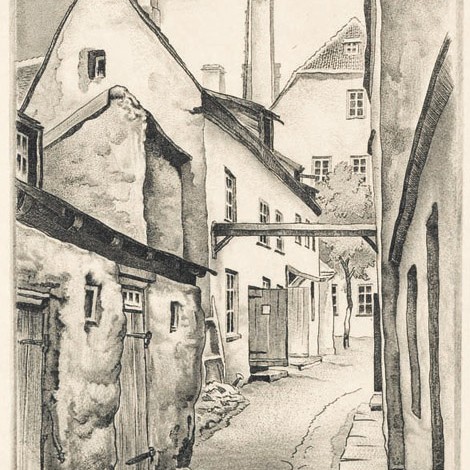 “Vana hoov” is slightly exceptional in Reindorff’s creation, as instead of wild nature here are clear street boundaries and concrete houses.
The artist has most probably been interested in the environment of the part of the city, making a clear conceptual choice in favour of older and more traditional city part. During the time when Tallinn started to resemble to a greater extent a modern city, Reindorff still decided to depict the old city. Let us also add here skilful room solution, where the viewer’s glance is directed along the street into the core of the picture and especially elaborate line handling.