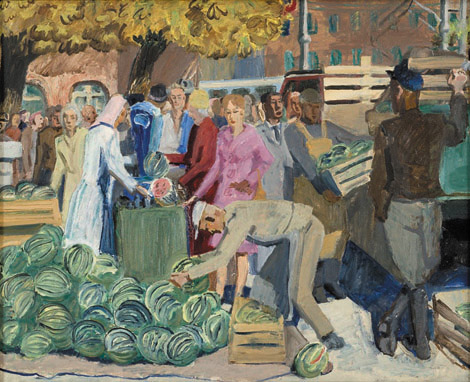 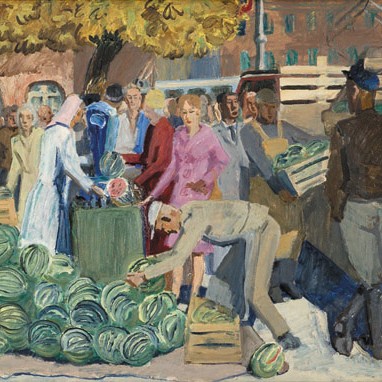 Henn Roode became after his return from Siberia one of the most surprising avant-garde artists, whose creation was meaningful for the whole period of the 1960ies. On this background “Arbuusid” is an exceptional work. When Roode of the 1960ies was characterized by detachment from realism and becoming “angular”, geometrical forms replacing the real life, then “Arbuusid” does things vice versa. Here the forms have rather become round and colours are soft. By the way, market was a frequently occurring motif of Roode’s creation of that period. The abundance of people and colours enabled him to move into different directions, which is also proved by the present work.