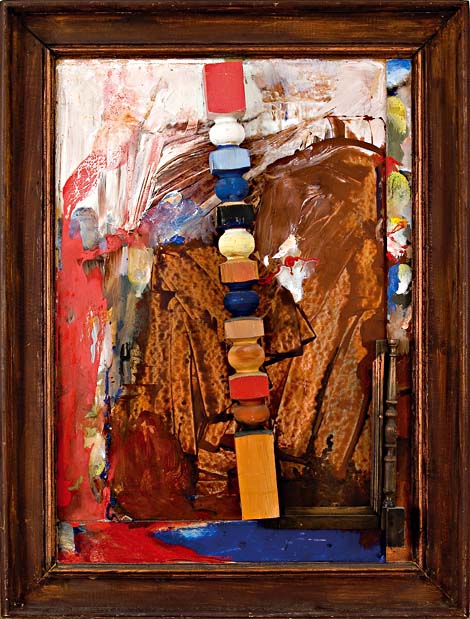 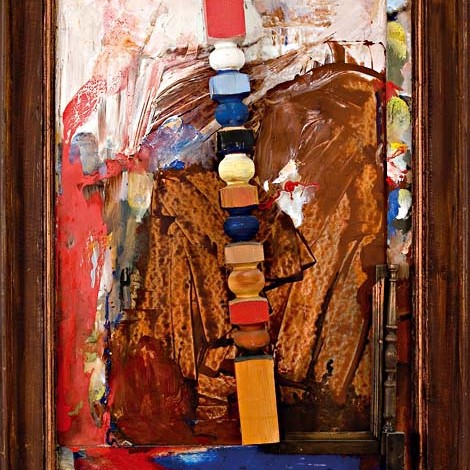 Lola Liivat could be considered one of the first abstractionists in the Estonian art. Through times she has had the courage to express herself in spite of criticism in all of her feelings. The role of abstractionism, having activated in the 1960ies, was surprisingly big and pushed quite a big number of artists to experiment and move somewhere on the fragile borders of having and having not a depicted object. The collage composition by Liivat, originating from her creation of the 80ies, is also walking on this line. Upon the present case the hint in interpretation of the work lies in its title: “Ehitus”. Simultaneous building and demolishing, complicated networks and patterns of parts and constructions, strange and even absurd objects in the colour pool tell us of Liivat’s conceptual view of the world, of her multifarious artistic handwriting, but also of her courage to breathe in the rhythm of time.