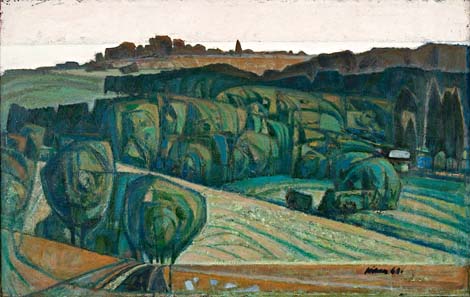 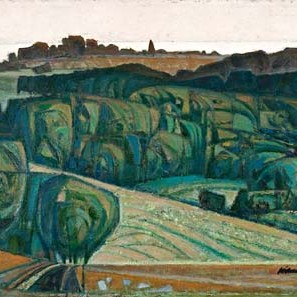 In the 1960ies in the media were continuously issued surveys of the scientific-technical revolution, conquering of the outer space, industrial progress. Also in cultural circles were frequent discussions of new discoveries and the scientific view of the world. Still, Lepo Mikko was one of these rare paintes, who was able to join in his works subjective values, characteristic to painting and the new view of the world. When Eduard Kutsar divided in his work the landscape into colour particles, then Mikko introduces a new form handling: typical Estonian hill country suddenly is divided into forms, arches and cubes. But still – in the first range it is for Mikko always his homeland.