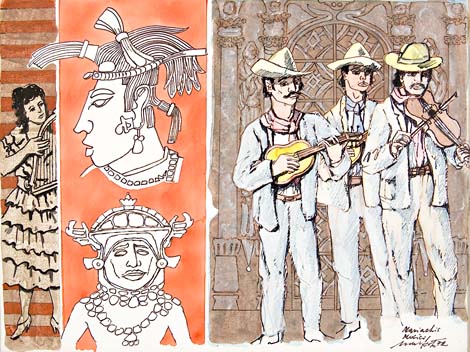 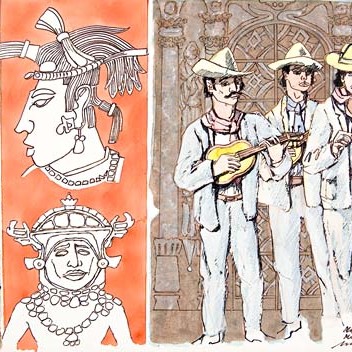 The creation of Estonian artists is geographically quite limited. At the first half of the century they had been in Paris, also Finland and Norway, later a few examples come from Russia, Far East, other republics. Endel Kõks, being able to travel freely, can considerably widen this circle with his creation. Kõks never travelled, looking at everything with a numb tourist’s glance, he always spent longer time at the spot, took interest in the culture of the place and communicated with local people. And so he also did in Mexico. As always, Kõks has drawn after the trip a picture, which actually does not need a title at all. While making use of the traits that are characteristic to the given culture, Kõks takes by this manner a glance of Mexico and also combines skilfully old and new.