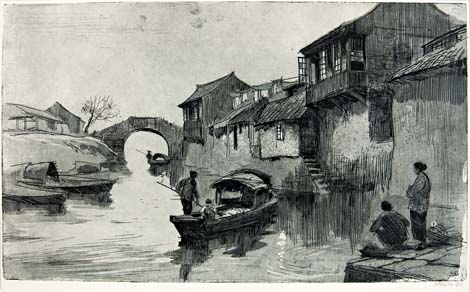 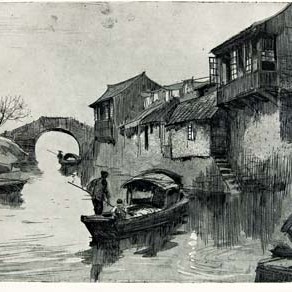 Even though the etnographic themes, nature and architecture of China are extremely thrilling, the Estonian culture does not contain special traits of them. At the end of the 1950ies, when the relations between China and the USSR were not the warmest, Vladimir Bogatkin was still able to get there. It is understandable that things he saw did not leave him indifferent. Still, he did not create just a souvenir postcard, which would try to render as many details as possible, but a work which forwards us something so different from the European culture. Peace. Quiet. Boat on the water. Two people standing at the water.