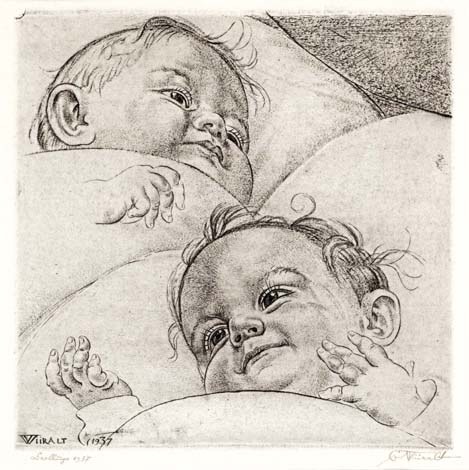 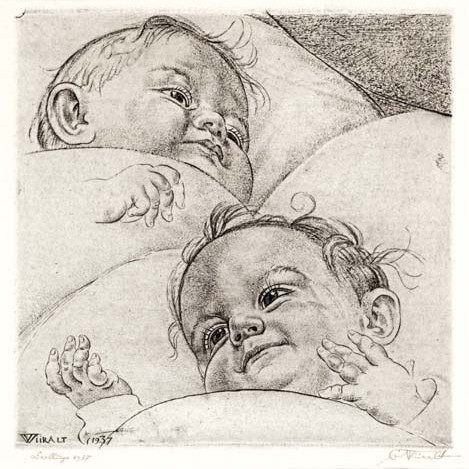 Children were one of the favourite motifs of Wiiralt. Even he lacked a personal experience, the direct character of children and their expressive faces enchanted him. It seems that children symbolized for Wiiralt certain innocence, cleanness, and the state of being intact by the grotesque of life. Maybe it is not so strange that from the hell visions this were children Wiiralt turned to. Without twisting them or placing them into a new context, Wiiralt is completely realistic. But such “being realistic” does not mean boring. Here the artist first of all chooses his models, thereafter places them into a room and chooses his position: not directly from above, but from where children seem the most characteristic.