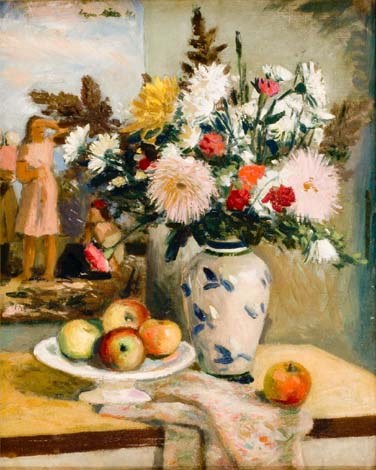 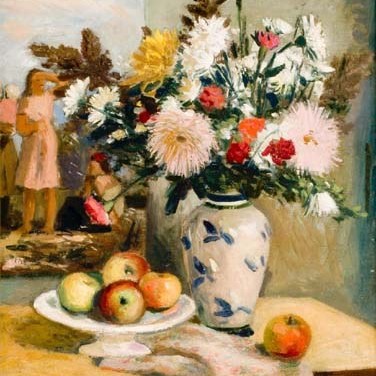 We know quite much of the late art of Lepo Mikko. The exhibitions of a recognised professor created attention, his works were reproduced and they received awards, catalogues were issued. Still the so-called “early” Mikko has currently a novel value. Yes, everyone knows that Mikko, Kõks and Kits were a trio, the talent of which was witnessed by the second half of the 1930ies. From another hand, to a greater extent have been publicized the early works by Kõks and Kits than the creation of Lepo Mikko from the beginning of the 1940ies. Still these are the works, which won with their sense of form and colouring the attention of state museums and actually laid the foundation for the legend of the trio. “Early Mikko” has by today become a key word on its own, of which people can talk, but the examples of which are still very rare.
Mikko graduated from the school in 1939, but gave already then promises “to be successful in the future as a creator of figural compositions” (Tiina Nurk). In the following years the former graduate was already asked to work as a lecturer in the University of Arts and during that period was also accomplished the present work. Here he joins a still life and a figural composition at the background. Yes, here his original approach is undoubtedly present, as also organising of room with different objects. But first of all the “Early Mikko” is a master of colours: his courage at placing cold and warm hues next to each other, at playing of light and shadow, at creating of spectacular combinations remained unsurpassed in their time. It is possible that it is the case also now.