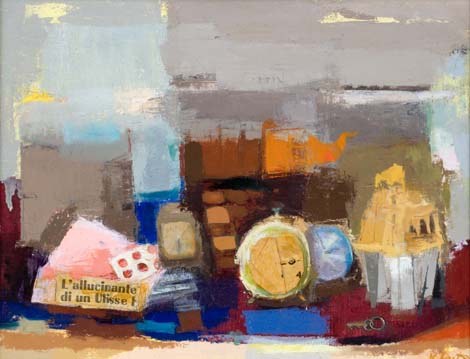 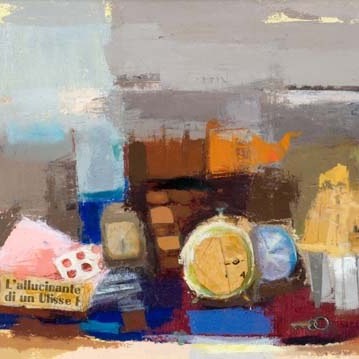 Karin Luts is certainly a legend. There is a plenty of reasons, which confirm such statement. Firstly already her amazing ability to be a successful female artist in a generally men’s world – we do not know almost any especially successful female artists from the first half of the century. One could possibly say that Luts is in the Estonian art the only first-class female artist until the 1950ies. On the other hand also her creation, which underwent several changes. Already in the 1920ies the handwriting of Luts was something completely special and unique. After the forced leave Luts continued her creative searching on the other side of the border. Thirdly should be mentioned the extremely small number of works by Karin Luts. Her most fruitful creative period remains in the exile years, but from the works that were made there only a small fraction has arrived in Estonia.
In the 1950ies Luts starts to become more absorbed in abstractionism, but does it first from the observer’s position. In 1960 she already writes into her diary that she is preparing with fear for the first experiment. But experimenting formed for a long period the most significant part of her creation. The Luts of the 1960ies is in the first range an abstract Luts. In 1967 she unexpectedly received a rare possibility to open in Helsinki a personal exhibition, as the result of which the local critics noticed the clean and clear colours of Luts. But differently from the abstractionists, Luts often injected into her works a hint of a mythological world. And what would be more suitable to depict the life and creation of Luts than the title “Odüsseuse nägemus” (“Vision of Odysseus”)?