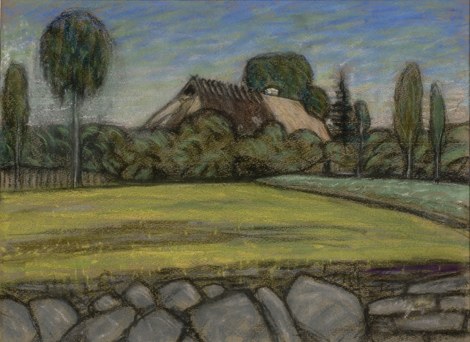 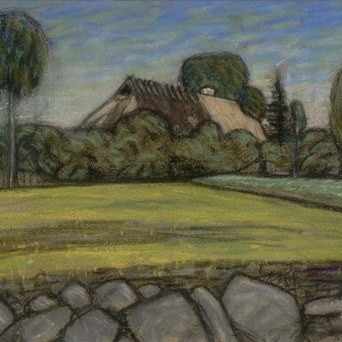 Ants Laikmaa, the Taebla motif, pastel technique and the 1920ies is of course an inexhaustible topic. Already Laikmaa himself is such a diverse phenomenon that it is impossible to write of him in an exhaustible manner. As a teacher, being the founder of his own studio school and the teacher of a number of outstanding artists, for instance Nikolai Triik, Oskar Kallis, Aleksander Tassa or Johannes Võerahansu. He had an extremely important role as an organiser of the art life, and that especially during the first decades of the century, which were of crucial importance for developing of the local art society. But his role as an artist was the most important one. Thanks to his pastels and paintings soon emerged talks that he is an author, who might have laid the foundation to the national art. And really: Laikmaa was an international man with his grasp, but a thorough Estonian by his motifs. These two sides also meet in the present work. The Taebla motif was of course for Laikmaa of a special meaning, this was not for him only home, but a neverending source of inspiration. Every work, which has been made of this place, carries strong emotions of enrapture and empathy and is so cleansed of every possible outer influence and clearly forwards Laikmaa’s neverending desire to concentrate by the means of art only on the most important things.