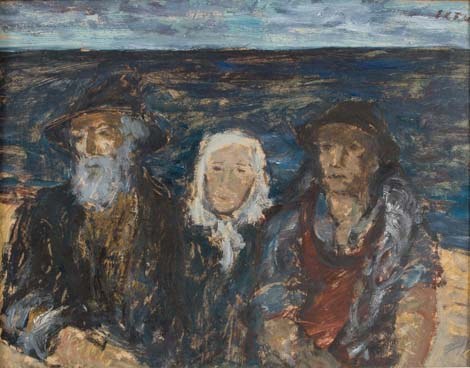 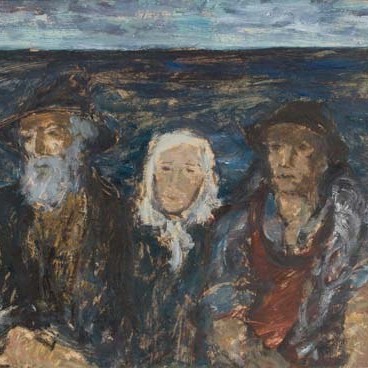 Belonging of Endel Kõks among the artists of Estonia seems strangely suspicious. Already at the very beginning of his creative road, at the end of the 1930ies, the approach of Kõks is completely different from that of the others, being lighter and more city-like. Even after leaving his homeland, Kõks shows quick ability to adjust, his ability to grasp the modern artistic trends of the world and his preparedness of continuous experimenting and looking for the new are eye striking. Maybe only Karin Luts can be compared with him, as her creation underwent more or less similar development. His works from the end of the 1930ies and the beginning of the 1940ies are significant and well known and already then he was been referred to as possessing “a good instinct of colours” and “a firm feeling of form” (Tiina Nurk).
While being aware of the general brightness and optimism of his creation, “Kolm randlast” surprises us with its seriousness and absorption. It is clear that Kõks has not concentrated here on the portrait, but he is applying for a generalisation. To be more detailed: the artist wants to express with the means of these three coastal people something very important. What could that “message” be, tells us most probably the time of finishing of the painting. Yes, also in this painting Kõks possesses a unique instinct of colours, but suddenly he is somebody else. The war and flight waves introduce darker shades. And people are waiting on the shore …