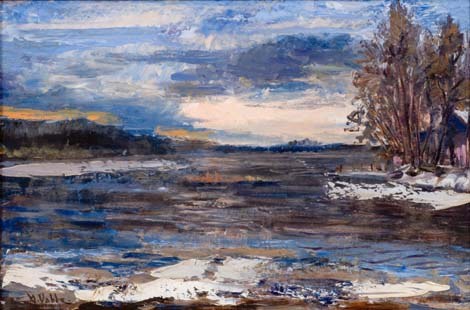 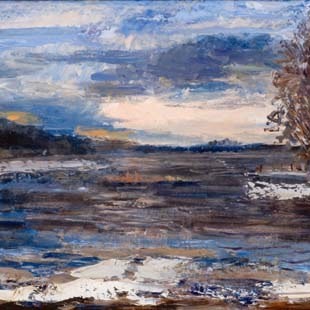 The artist’s path of Ado Vabbe has been one of the most complicated ones, being still one of the most important ones. His importance already in the 1910ies as an innovator and experimenter is undoubtedly steadfast in time. As one of the most long-term and legendary lecturers of the “Pallas” school, he taught a number of artists, with whose aid actually the whole “Pallas” school was standing. At the same time Vabbe himself continued creating and did it also after the coup d’états, which turned out to be very complicated for him personally, being complicated also for his work and creation.
More peaceful creative period arrived for Vabbe, possessing a searching and restless spirit, at the end of the 1950ies. Having worked in Tallinn for a couple of years, he headed in the early autumn of 1956 again back for Tartu. After that he led quite a modest life, being deeply absorbed in his creation, asking for instance repeatedly, how would it be possible to render infinity with the means of painting. “I must admit that also in the older age my father was quite a good hiker,” writes Vabbe’s son in his memoirs. “It seems that during these trips he made several observations, which he planned to use in his future creation.” Most probably from such hiking trips has also emerged „Kaljuse talu ümbrus”. Or as Vabbe himself said then: “One can find beauty and colour play everywhere”.