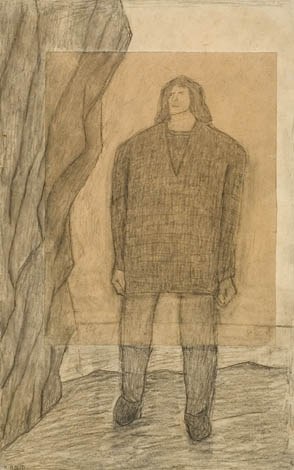 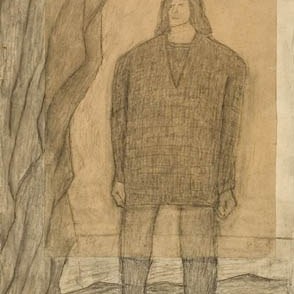 Only a few names can be placed next to Kristjan Raud. Certainly Konrad Mägi, maybe also Ants Laikmaa, but things get more complicated from here on. We could find other art teachers, we even know a number of authors, who owned a study studio, but the influence, persistence of the creation and first of all – complete dedication to every work – are values, excelling of which has until now turned out to be impossible. It is not without reason, that Raud is also considered to be the leader of the Estonian national art, because it is first of all his most famous, most valued and the most rare Kalevipoeg-series, where “you recognize Estonia in every line” (Kristjan Raud).
Having studied and worked firstly at Virumaa, after that in Tartu and in its surroundings, Raud entered the higher school of arts in St.Petersburg only at the age of 27, but headed already five years later to the Düsseldorf Art Academy, after that to Munich. Having returned from there, Raud immediately started to participate in the “Noor-Eesti” movement, emphasizing in addition to the renewing appeals also the importance of collecting of popular folklore. So Raud absorbed during the following decades more deeply into the local folklore tradition, where were clearly coming to the fore the Kalevipoeg-stories.
But Raud would not have been himself, if Kalevipoeg had not started to signify for him something much bigger than just a story and its hero. In Kalevipoeg by Raud have been detected different values during different times: stressing of national independence, stressing of the importance of the past, fight against conquerors, even stressing of the integrity of man and nature.
“Kalevipoeg ema otsimas” (“Kalevipoeg looking for mother”) also adds to the list the general ethical message. Here Kalevipoeg becomes a symbol, which symbolizes sorrow and longing, which are known to everybody. In a Kristjan-Raud-person are “concealed the eternal values of life, which improve, make more subtle, exalt life and which create a new, better life” (Raud). A possibility to glance at the more than rare drawings by Raud is most probably a moment, “which is to be remembered very well, remembered to the bottom”.