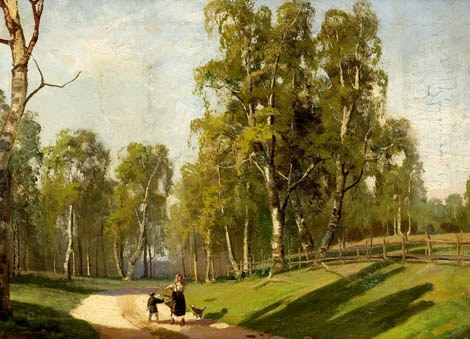 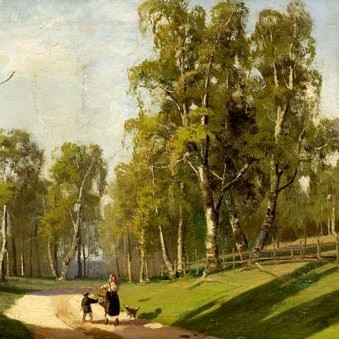 The name of Gerhard Paul Rosen has quite frequently appeared in the upper layer of the Estonian art history. It is not so difficult to find reasons for that, as Rosen, having been born in Rakvere, moved to Riga while being middle-aged. Rosen, having went already at the age of 16 to the St. Petersburg Art Academy to study first architecture and thereafter painting, was able to continue his studies also in the 1880ies in the Düsseldorf Academy. Double education on top level was guaranteed to him by years in the landscape painting class of Eugen Dücker. From that on, Rosen lived in turns in Tallinn and in St.Petersburg, moving in 1891 to Riga. There Rosen had a remarkable career: in the beginning he worked as a teacher, but then became the director of one private school, then already the first director of the Art School of the City of Riga. Rosen, who worked later as a drawing professor, was even proposed co-operation by the legendary Vilhelms Purvitis, and his creation undergone a change from realism to jugend.

“Maastik teelistega” belongs to the peak of Rosen’s realistic works, when he just had finished his studies in St.Petersburg and Düsseldorf. Typically to the period, Rosen concentrates on creating of a spacious landscape panorama, focusing the viewer’s attention to the road in the centre of the painting. Such measures in their turn presuppose the withdrawing of man from the central character of the picture to a meaningful accent, travellers amidst grand and dominating nature. Painting, reflecting several sub-streams of being on the road, at the same time reveals us a rare author and in a wider sense the technical skilfulness of the whole realistic art of the second half of the 19.century.