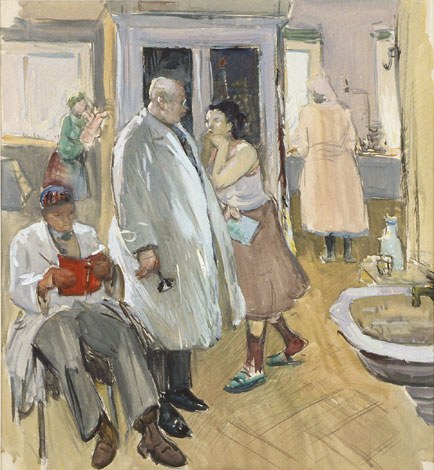 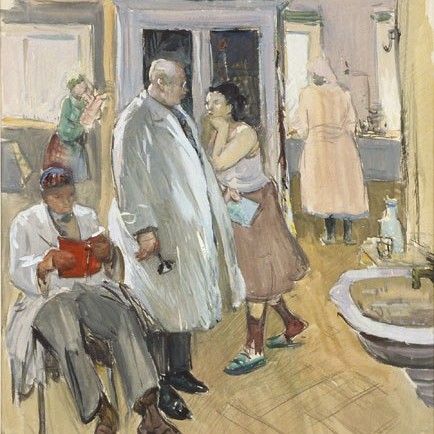 Ado Vabbe is a name, from which the Estonian art history starts talking of the modern art. “Vabbe was undoubtedly the father of the Estonian avant-garde,” says Leonhard Lapin, “his influence can also be felt in the current time.” The best expert of Vabbe, Evi Pihlak adds: “Vabbe has always been inclined to the deviation from rules and he can not be approached with traditional models, but at the same time he is one of the strongest colourists of our painting”. So it seems that Ado Vabbe, whose art-related education only originated from the legendary Ažbe School of Arts on Munich, and who despite this was one of the most significant and long-time lecturers, who remained until the end of his life a shiny talent, which was impossible to pack according to regular rules. His grasp was so deep that it even reached without any specific problems both the high forms of abstractionism and also impetuous forceful manners of painting. In his words become mixed Vabbe as “the moulder of the school of painting of “Pallas”, especially of its colourist direction” (Reet Varblane) and his extraordinary ability to find even in the most trivial motif something, which gives the reason to talk about art.
“Arsti juures” is at the same time a brilliant and also an extremely rare example of the large-sized works of Ado Vabbe. A scene, which has been picked out from everyday surroundings, has been made to sound here differently with the use of bright colours. A strange, slightly funny and also a little bit serious situation on the painting is forwarded in a brisk manner. Vabbe’s line is everything but academically dry and unpolished. His colour combinations (a grey overall and against the background of it a book with red covers, a woman in light-green in front of the window, which lets in the light) are unique. Here we can find both lively generalisation and expressive details (the doctor’s stethoscope and glasses, an etherial bottle) and it really creates in us the wish to talk about “the sensitivity of colours and the limber handling of the brush, but also of the unconstrained manner of presentation” (Evi Pihlak). So it happens, when on one picture meet a pleasure of the moment, which is so hard to grasp and art historical dignity.