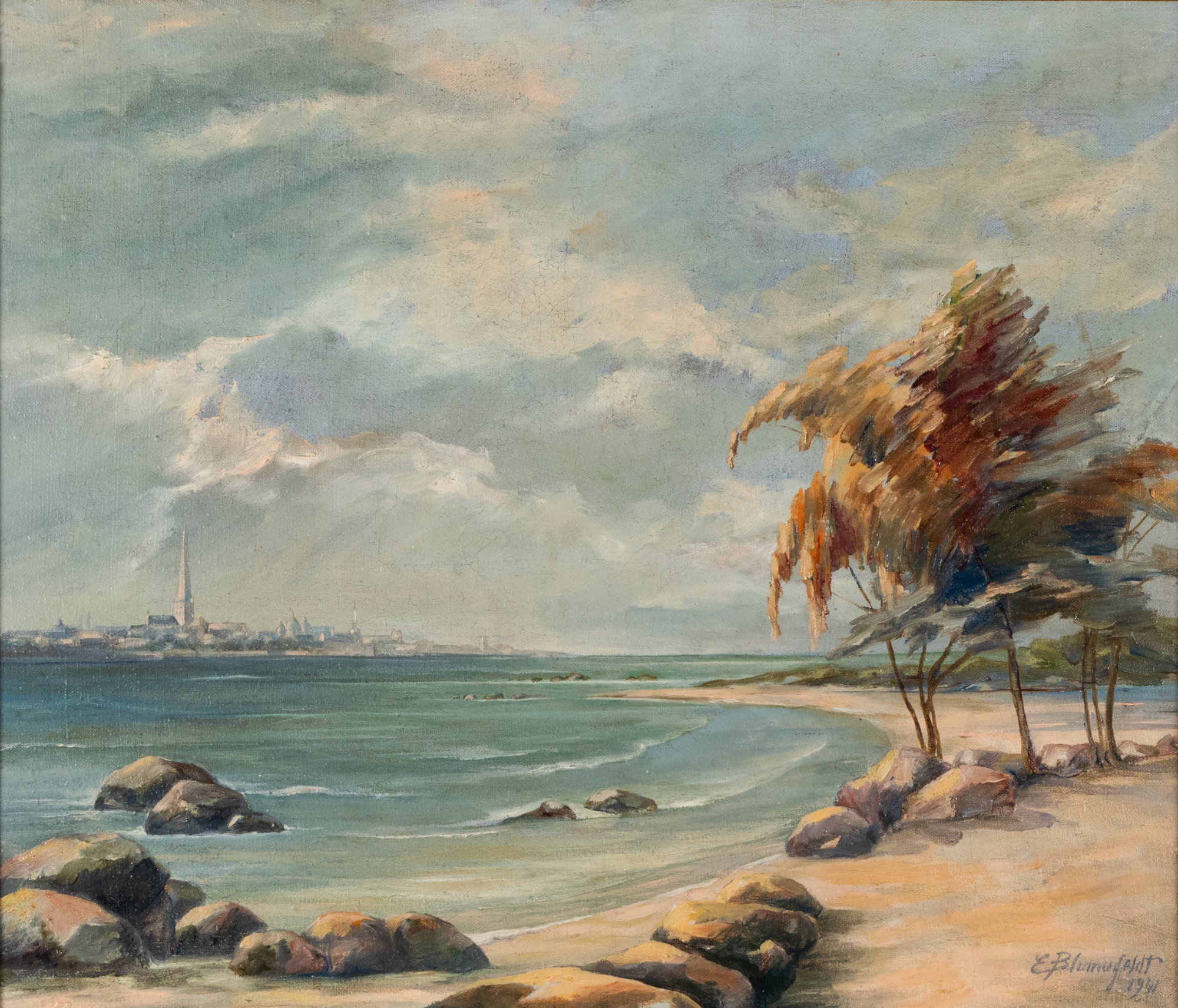 Only a little has preserved from the creation of Edmond Arnold Blumenfeldt, even though the popularity of the artist during his lifetime and also after it would have promised differently. As a highly recognized stage artist Blumenfeldt could also have been certain that his creation would remain only for a couple of years – during the lifetime of one stage production. In the 1920ies Blumendeldt joined the legendary Estonian Artists’ Group (EAG) that is regarded to be one of the most powerful groupings in our art history, which has introduced the powerful artistic styles of the 20.century – cnstructivism, geometrism and cubism – in Estonia. During the World War II foreign powers started destruction in the collection of the art museum from of the works of the EAG.
The picturesque landscapes by Blumendeldt are not quite well known, the “View of Tallinn” that was created in the tragic year of 1941, could have been the last hand wave of the leaver, but Blumendeldt, as is generally known, stayed. While looking at the city from the Merivälja direction, he most probably could not foresee the future, as his work is so sophisticated, peaceful and idyllic.