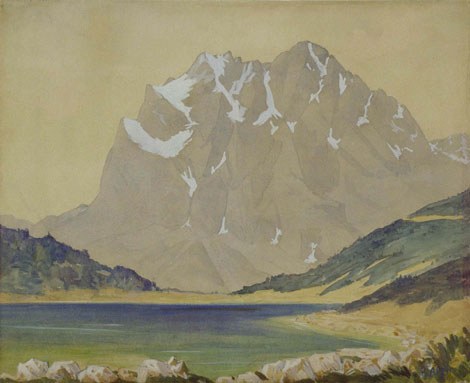 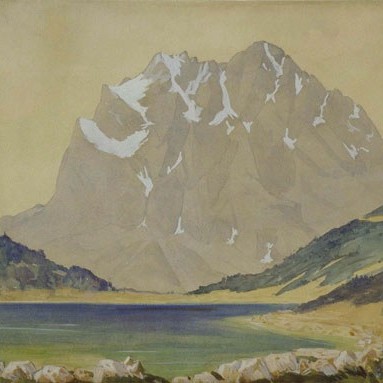 Peet Aren experienced while acquiring of higher education during his studies in St.Petersburg, Vienna and Munich the influence of both Russian and German art of painting. Before the World War II Aren became one of the most important painters, who moved freely in different genres of painting and graphic art and gathered popularity also as a stage and interior designer. Before the forced leaving in the year 1944 for Germany and from there to the USA, Aren was described as one of the most significant authors of the local artistic vanguard, “whose works made the whole Estonian art more expressive”. After his forced leaving Aren’s later creation remained unknown for the local art history, but was to the same extent deeply being longed for.
“Landscape”, which was accomplished less than five years after his departure, still reflects Aren’s virtuosity to handle room through an original angle of vision. While being compared with Estonian traditional landscape paintings, Aren’s work seems unexpected and defiant, preferring strong colours to wistful dark green and concentrating the eye in an unaccustomed manner to a southern mountain peak.