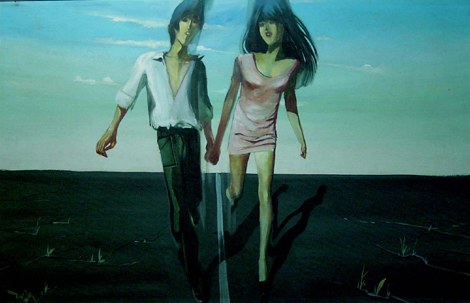 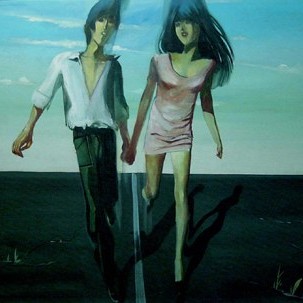 Edgar Valter is one of the few artists, whose creation can probably be quoted by heart by everyone. Besides illustrations, which have melted into the collective conciousness, into the Valter's creation also belong oil paintings, the most valued of which were made in the end of the 1960ies - in the beginning of the 1970ies. Exactly at this period the whole Estonian modern art went through a specific ascent. Similarily to the changes, having taken place in the whole world, also here was for the first time brought up the topic of vanguard. The eremetic position of Valter has not hindered him to create a work, where are joined the romantic sense of the world, which is known from his illustrations and a hippie-style optimistic sense of the world and the renewal of the painting language of the 1960ies. Emptyness, which affects metaphysically and even in surrealistic manner, is joined with a careless and positive attitude, forming a rare co-existence, which could be regarded unexpected in the context of the Estonian art history.