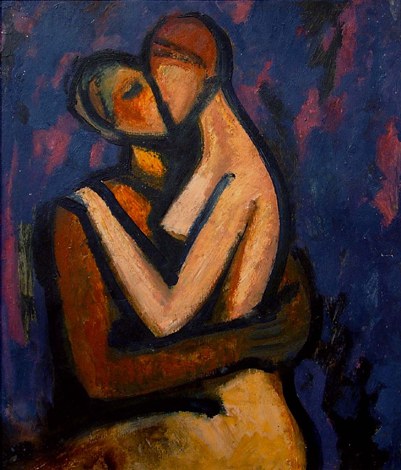 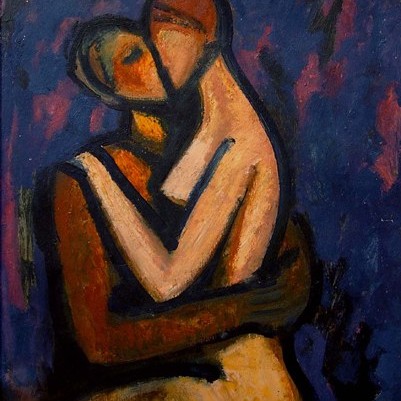 Evaluation of the creative heritage of Valdur Ohakas has been surrounded by contradictions and his importance in the formation story of the Estonian modern art and in the renewal of painting has started to be emphasized more in the last decade. As the member of the so-called "Tartu circle of friends" and obviously the best friend and congenial person of Ülo Sooster, Ohakas was since the end of the 1950ies one of the decisive changers of the general expression of the Estonian art.
The studies of Ohakas in the previous "Pallas" had hardly come to an end, when he was arrested and sent to the exile for the period of seven years. After his return he quickly became one of the key figures in the "Grouping" of no concrete frames, having been formed in Tartu by the previous co-students, the joint exhibition of which in the year 1960 is regarded an important landmark of the history of the modern Estonian art. The creation of Ohakas won gradually more attention and because of his form-renewing experiments and unexpected turns he could have been compared with his former teacher Elmar Kits. So Oks melted into his works abstractionism, cubism, but also the experience of surrealism and fovism. Instead of the true-to-life reflection of the reality he had been interested for already a long time much more in testing of colours and forms, giving a trial to their relations and trying to re-position them.
From the creation of Ohakas first of all are known his expressive landscapes that were made in Võrumaa, but art historically more valuable part is formed mainly by his human depictions. Okas has now and again depicted lovers in tight embrace, but he never limits himself with emphasizing of painting technique-related values. Of course we can see the colour use that is only characteristic to Ohakas himself, that is simultaneously risky and completely elaborated. We can also see strong contours, capturing of the human figure with only a few lines and the brush, in the movements of which can be detected no sign of excessive cautiousness or pedantic exactness. But we can see also tenderness, care and things, of which it is better not to talk about. Things, which it is better to paint of. To put them into a picture.