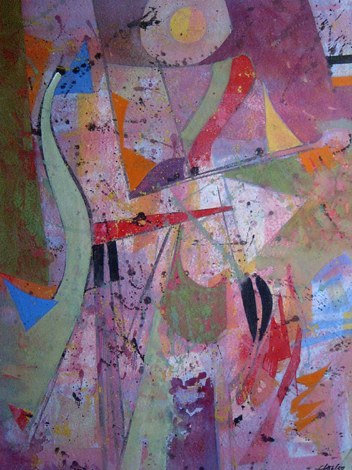 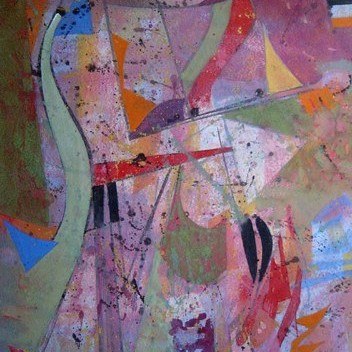 We can gradually speak more and more of the importance of Endel Kõks in the Estonian art history, but his creation is because of certain historical conditions still too little known. Already before the World War II was Kõks, having recently graduated from "Pallas" under the guidance of Ado Vabbe, able to draw to himself such amount of attention that a number of his works were purchased by art museums. In the creation of Kõks of that period most of all stick out idyllic café and city views, the colour handling of which is fovistically impetuous and joyful. So it does not even make us wonder that after leaving Estonia the creation of Kõks started to flirt with modern pop art.
In the later decades the abstract style became very important in the creation of Kõks. At the same time his approach differs considerably from the artists' testings with abstractionism in Estonia. Kõks, who was not harrassed by the bodies on power with the accusations of formalism, was free to elaborate a style that leaves the impression of lightness, natural manner and optimism. Yes, let us notice - in case of the artist, having studied in "Pallas" and possessing extremely fine sense of beauty we may talk even in case of abstractionism about optimism that was characteristic already to his pre-war creation.