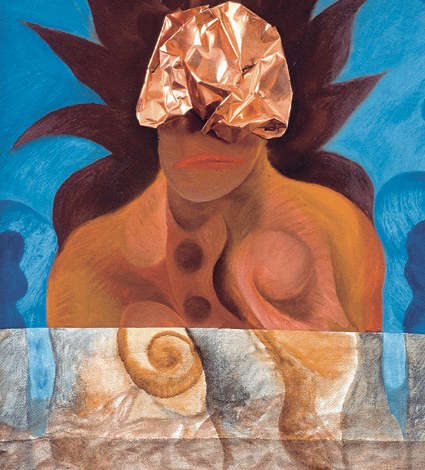 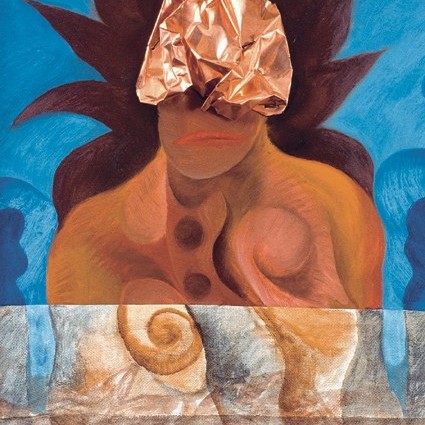 OF THE PHENOMENON OF THE CLASSICS OF MODERN ART

Jüri Arrak has influenced the Estonian art history for the last 40 years, breaking himselt simultaneously out from the narrow limits of the artistic world. Maybe this is best proved by receiving a place among the ten most frequently mentioned artists at choosing of the hundred prominent figures of the century. A third aspect can be added to the beforementioned: despite the unanimous recognition of the artistic circles and wide public, Arrak has never taken the easier road and started to create works that would be of guaranteed popularity, being certainly successful and receiving applauses. Even vice versa - in the Estonian art with the name of Jüri Arrak is connected a certain preservation of mental identity, firm and continuous calling for recognizing of and grasping for something, in which lies the real meaning of being a human being.
Jüri Arrak (born in 1936) entered the Estonian Art Institute in the year 1961. After the period between the two World Wars, when the local art education meant the name of Pallas, after the year 1945 emerged the legendary ESAI (Estonian State Art Institute) that by the Arrak's time had become the only possible school, from where to receive many-sided art-related education. Arrak took up studying metal ornaments, but at the same time actively took interest in other artistic styles. The generation of the Estonian artists of the 1960ies was eager to receive information of the art life abroad. As the closed totalitarian system did not enable to get directly acquainted with art metropolises, artists or their works, the youth went eagerly through magazines. These were the art magazines of Czechoslovakia, Hungary, Poland but also of East-Germany that gave me an idea of what was being experimented in other countries, says Arrak himself. I was especially enchanted by the gloomy surrealism inclination of magazines that were issued in Catholic Poland. While studying in the ESAI was formed of the studets of the same age and sharing the same thoughts a well-known grouping ANK'64 that is considered to be the first organized grouping of artist after the Group of Estonian Artists, having been active in the 1920ies. Meaning of ANK'64 has received different evaluations, but nobody denies their importance: it was the first grouping in the occupation time that directly started to implement Western art styles and which chose openness to be its program-related joining device. Even though from one hand it was the only possible survival strategy for the creational liberty of an artist, from another hand it was also playing with fire, as still were preferred the canons of the socialist realism and any kind of "different" art was a sign of opposition. Besides the oldest grouping member Jüri Arrak into ANK'64 also belonged Malle Leis, Tõnis Vint, Aili Vint, Kristiina Kaasik, Enno Ootsing and others. In October of 1964 was opened their first exhibition in the theatre Estonia, that was according to the words of Arrak planned as a closed exhibition, which was visited by approximately hundred persons. But the first one did not remain the last one. ANK'64 frequently organized exhibitions, get-togethers, presentations, lectures, absurd theatre shows, they visited Ülo Sooster in Moscow and Russian artists, etc. The ANK members got to know the artistic and cultural life of the 20th century and forwarded it to each other and strangers. The activity was more active during the period from 1964 to 1967, in the end of the 1960s the ANK members started to move along their own paths and emerged as independent creators. Being an ANK member did not mean narrow-mindedness, the program of the group did not gather around one art style, but offered the possibility to look around with widely open eyes. The role of ANK'64 has received several evaluations, most frequently has been heard their role determination of the principle of openness and assuring of the positions of aesthetic art. But Arrak puts it into simple words: Also we start to flop one-by-one down this "ANK tree", but I hope that even the sound of the last flop is not heard anymore, the tree remains standing on the Estonian artistic landscape - to commemorate people, who wanted to become artists and who accomplished it without quarrelling with each other.
Later creative biography of Jüri Arrak proves vividly the unshakebility of his becoming and being an artist. Obviously there are not many artists, while talking of whose works one does not even have to show to his partner of converation his works - so famous are Arrak's ethically charged works. Who does not know these melting heads, sharp and clear colours, religious objects and motifs? Numerous exhibition offers and prizes that continuously end up in Arrak's post box prove the existence of the phenomenon.

The figure was made during the hightime of ANK'64, when it was the last year of getting and acting together. Here can also be detected the principles, characteristic to the ANK grouping: freedom of creation and implementing of the more free-spirited Western culture. Arrak, who was interested both in surrealism and metaphysics, accomplished The Figure a year after graduation from school. Despite fruitful creative activity only a few of the works from that period have preserved today. The Figure was highly characteristic to the style of Arrak of that period, experimenting with adding of objects onto the painting surface. As an artist of a factory of metal products, Arrak had plenty of sheet-metal pieces that he used as a certain form-related and contextual method in his works. From one hand it was according to the artist's words a protest against the social realism and its truthfulness - one has got to paint the way things really are! From another hand can also be seen the fear for disappearing of the individual: a sheet metal piece replacing the human face, anonymous mass replacing man's originality.
The work is undoubtedly a landmark of the history of the modern Estonian art.