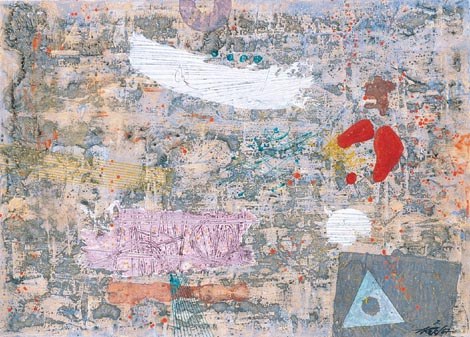 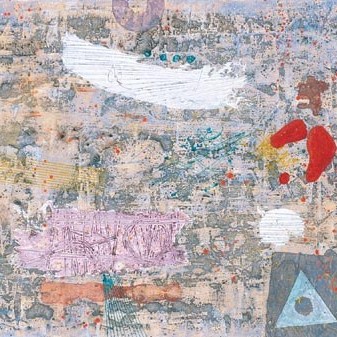 Endel Kõks was similarly to Ado Vabbe, under whose supervision he studied in Pallas, a constant searcher. Therefore the forced leaving in 1944 could have meant for him also something positive, as Kõks received while living in Sweden differently from those, having remained in the homeland, the chance to get directly acquainted with the changes, taking place in the Western world and to be organically involved in them. So it is not surprising that the journey to the USA, Canada and Mexico in the year 1967 influenced the already 55-year-old artist once again to change his creative manner. The sophisticated abstractionism that is rare in the local art does not try to organize the existing chaos. This is not a picture that would traditionally tell us a story or would be open in front of us. The work of Kõks must be lived through again and again. As soon as we have created for ourselves some kind of a system, according to which the picture is supposed to behave, we must experience the truth that the system is invalid. And we must create a new one again and again... And behind all of this is still the subtle colour perception that is unseparable from Kõks.