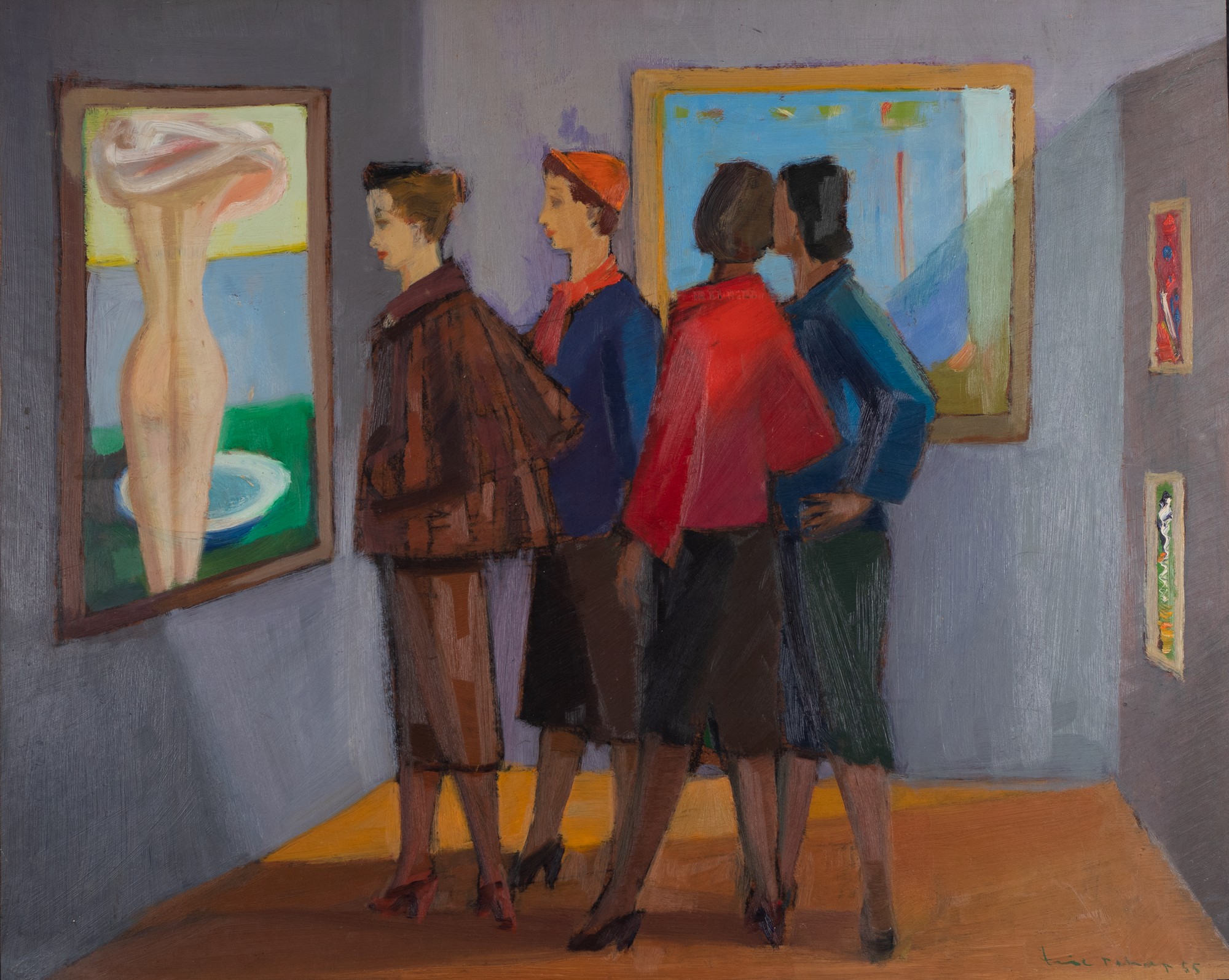 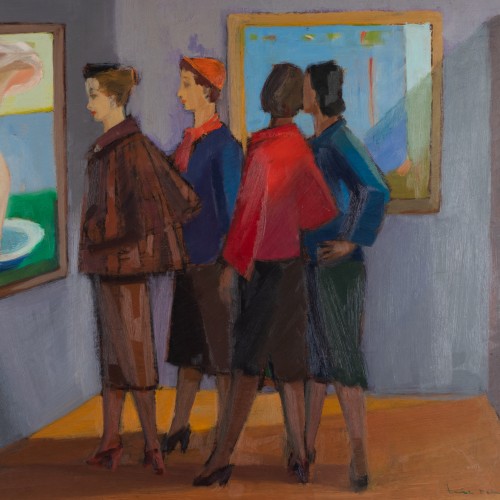 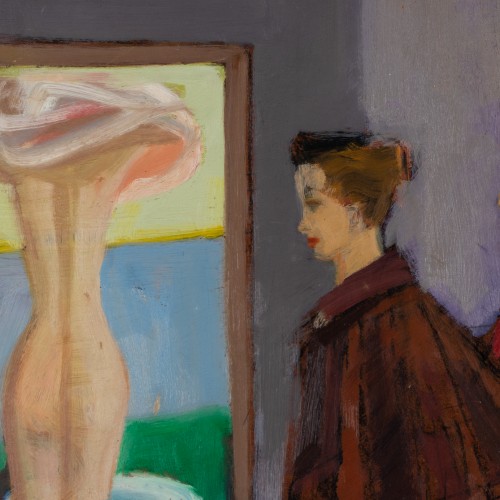 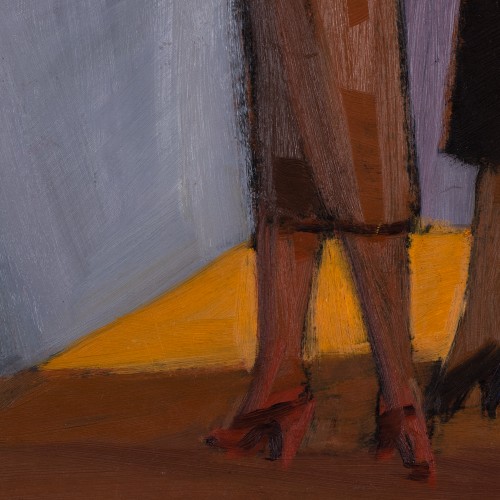 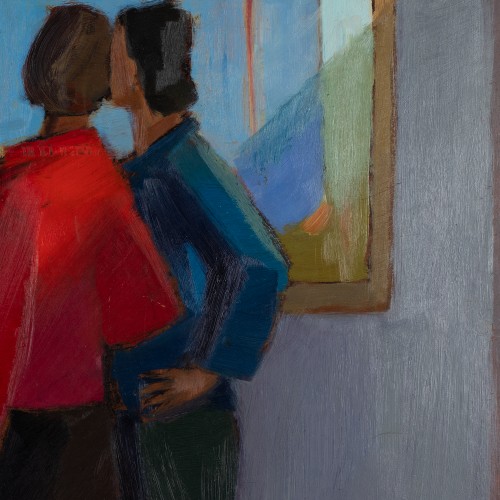 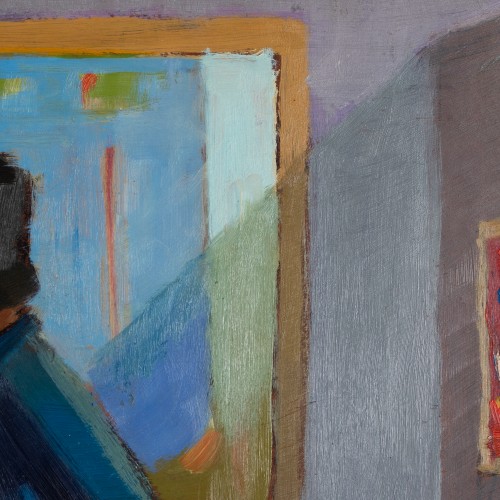 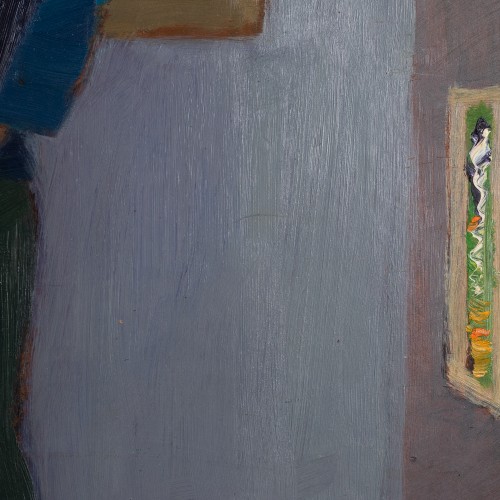 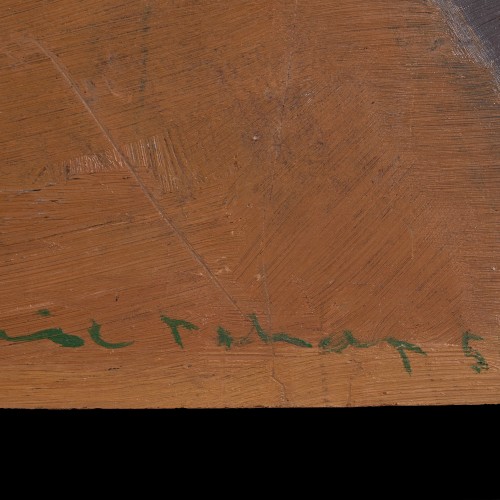 Erich Pehap lived in Toronto, and it was common for so-called bourgeois pleasures to be carried out on a daily basis. Visits to cafes and going to exhibitions were not uncommon, but formed a normal part of everyday life, which in the Soviet Union was often portrayed as decadent decadence. In this painting, Pehap has taken on the risky task of making fun of the situation where women look at a a painting depicting naked women. The chosen color and treatment of human types leave no doubt that Pehap has not taken the motif too seriously and is trying to make a joke.