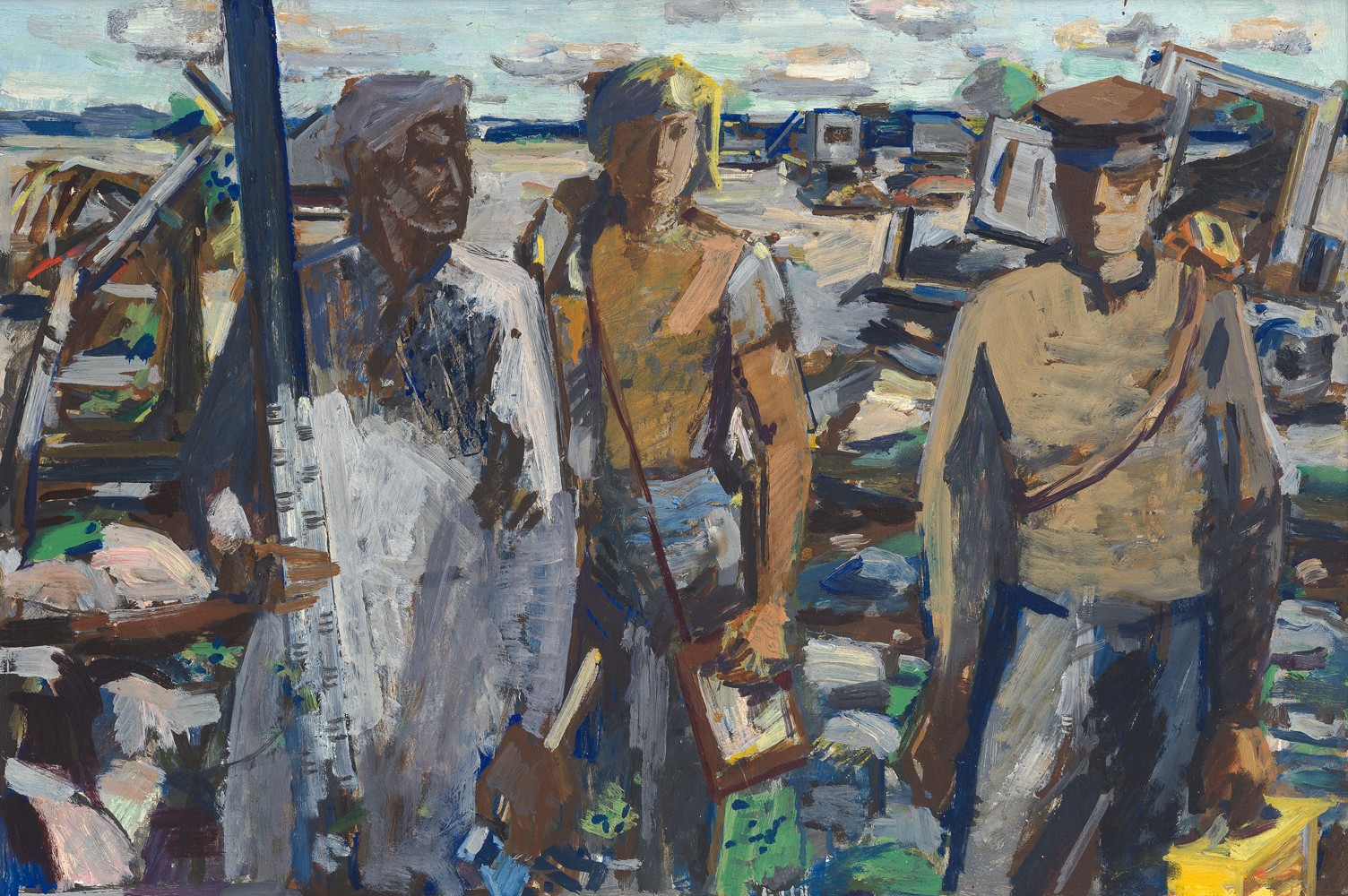 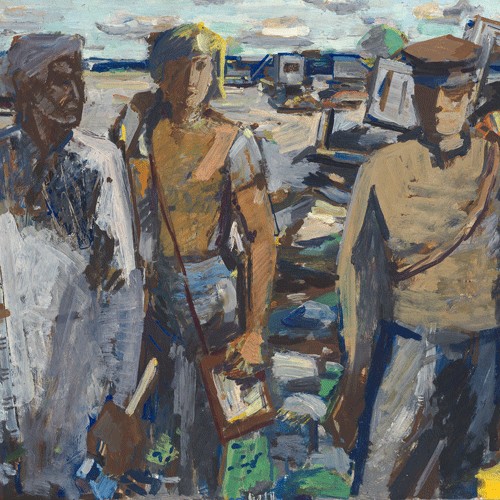 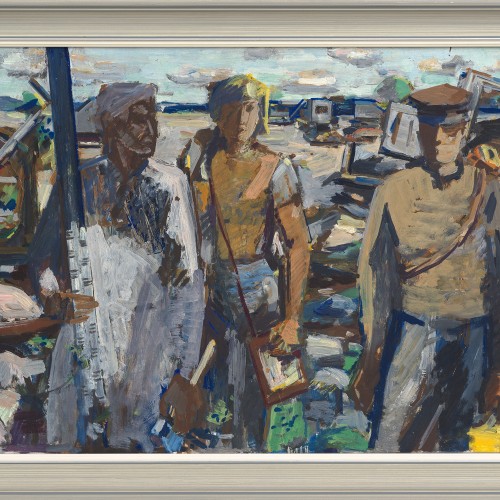 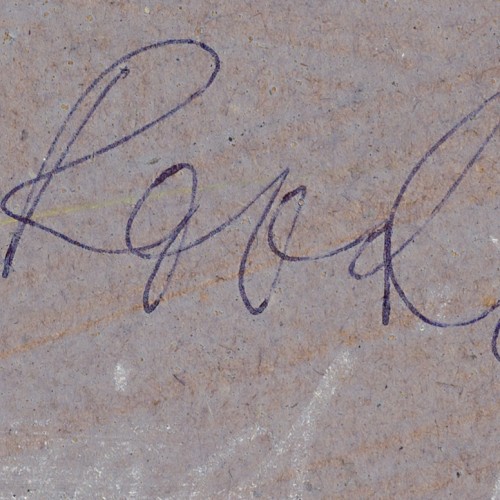 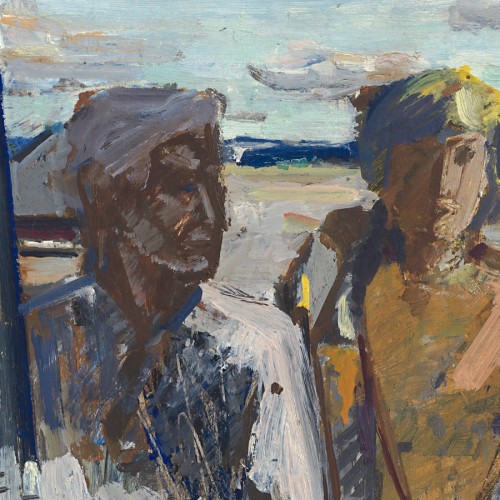 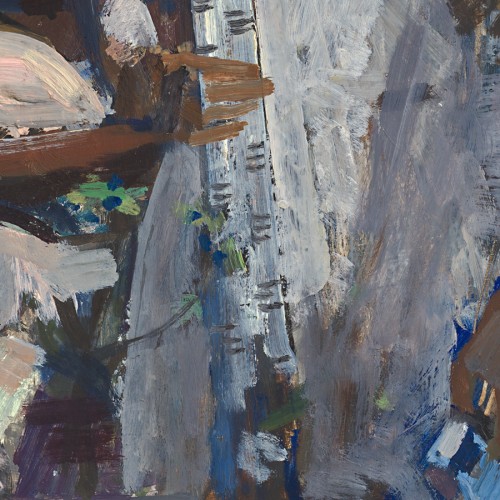 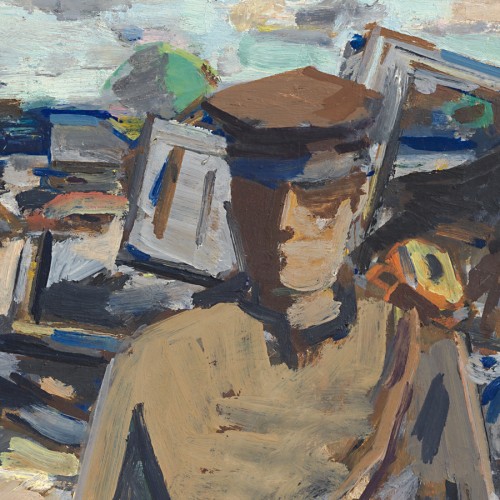 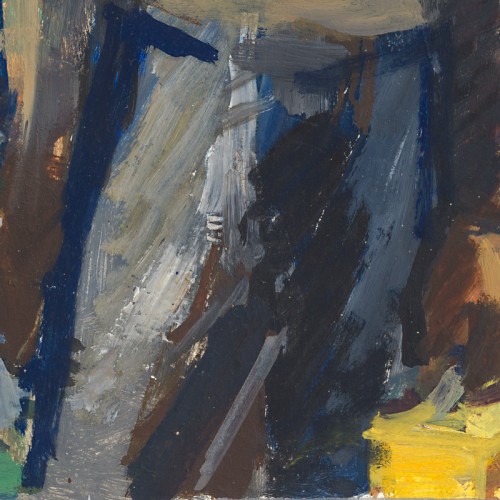 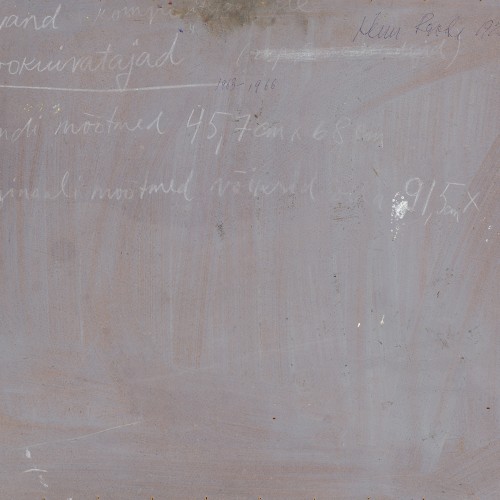 The drying of swamps, i.e. subjecting nature to the rules set by people, was valued in Soviet society. Swamp drying was prestigious and their portrayal was semi-obligatory. But Henn Roode's great painting is far from obligatory. The artist's painting style is unconventional, the depicted people are not heroic swamp drainers, but extremely human types who speak about the ethos of working and the mystery of being human. The half-painted faces look directly into the viewer's eyes and are serious yet abstract. The machines visible in the background are not technological marvels, but appear as tiny and half-sized objects, directing the viewer's gaze instead to Roode's experiments with forms and colors. With scarce and laconic means, Roode has moved across the painting surface, creating a powerful generalization. Some wonder that the work only received an incentive prize in the concept design competition for an art exhibition dedicated to the October Revolution.