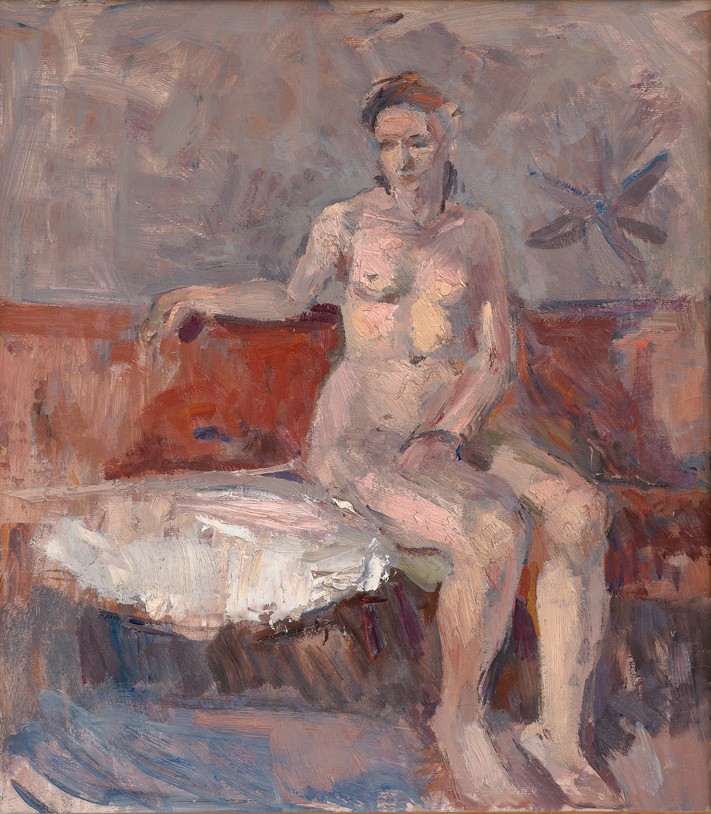 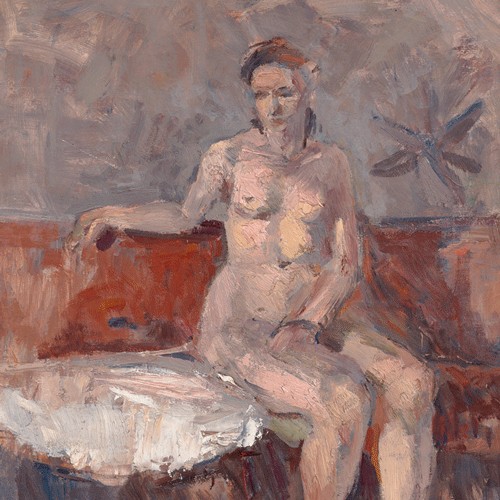 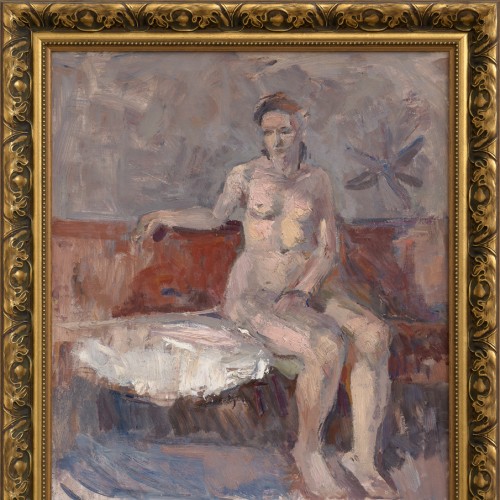 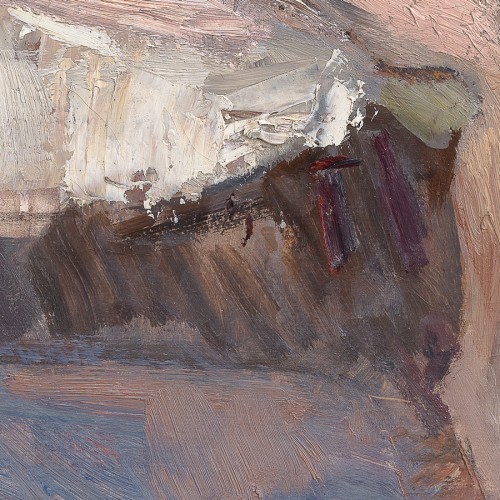 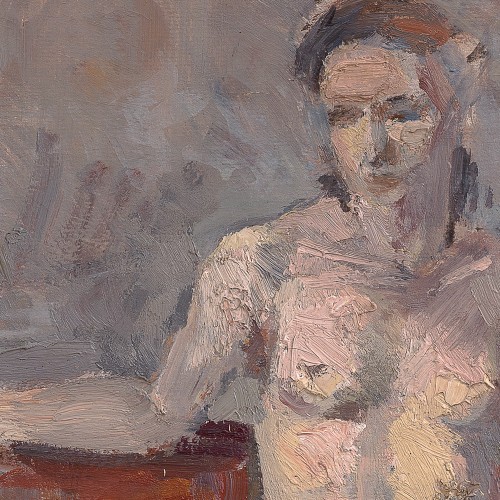 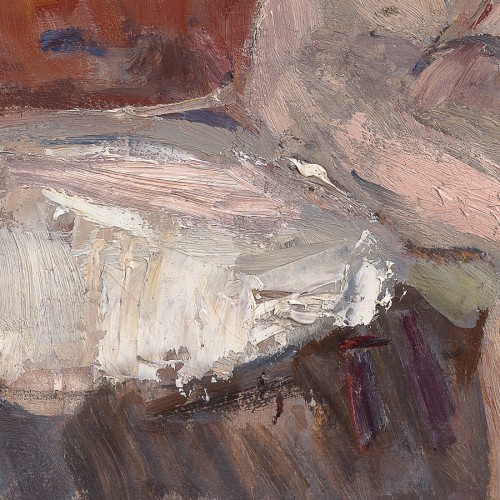 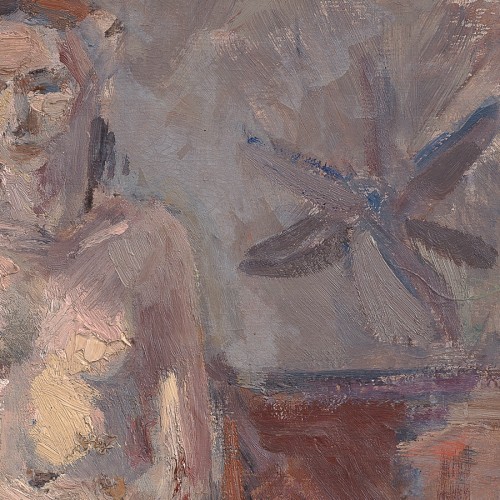 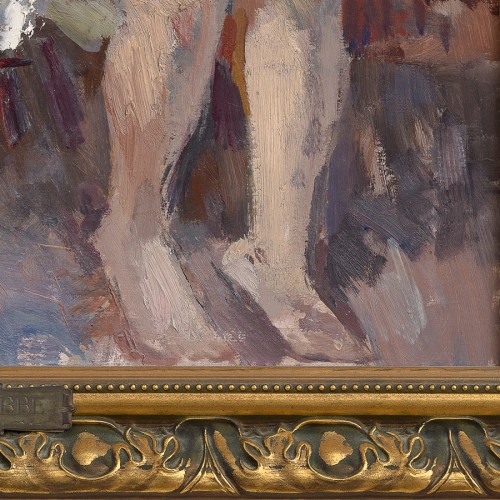 From the 1930s onwards, Ado Vabbe lived as if in some kind of spiritual internal emigration, refusing to exhibit his works and sometimes depicting scenes tending to fantasy rather than accurate depictions of reality. In the case of this painting, it cannot be ruled out that he still painted the model directly from nature, although the interior seems unusually mundane at first glance. Characteristically for Vabbe, he works on the border between the dreamy and the real, covering the painting surface with thin layers of paint and being interested not so much in psychology, but in states and situations. The nude act tradition was still quite thin in Estonia at that time, and Vabbe's approach is classic, where women are placed for viewing. Instead of an erotic charge, it has tried to hide it, and the main focus is on the work with colors.