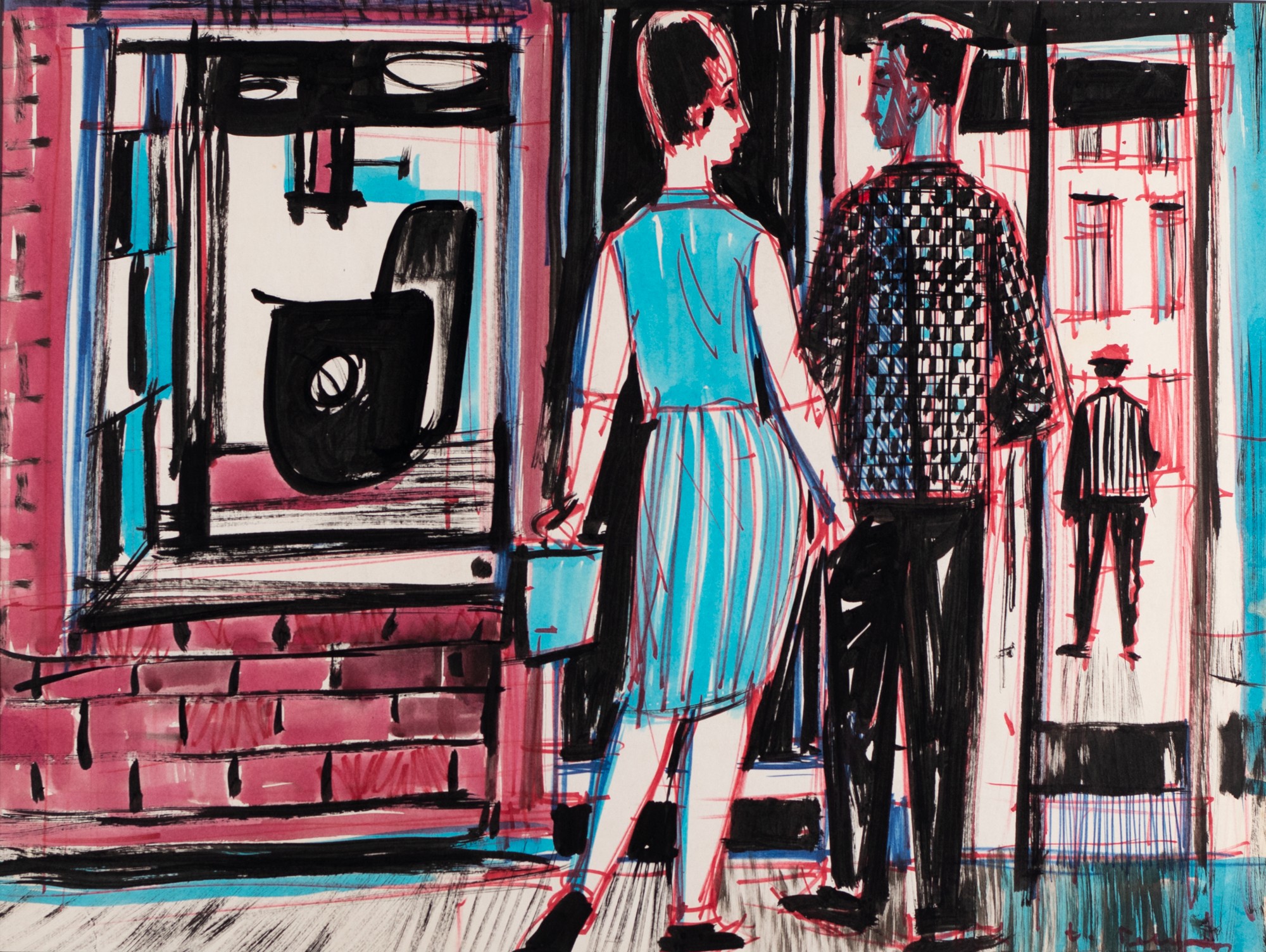 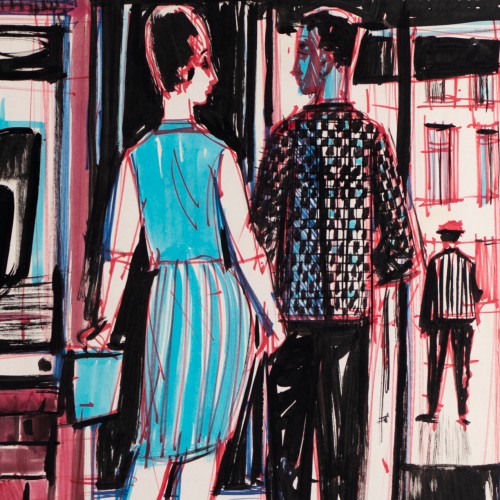 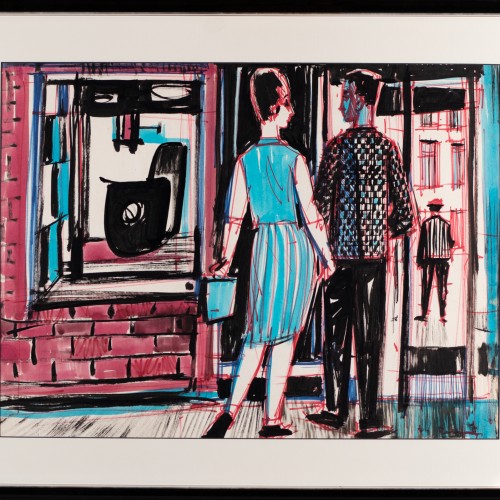 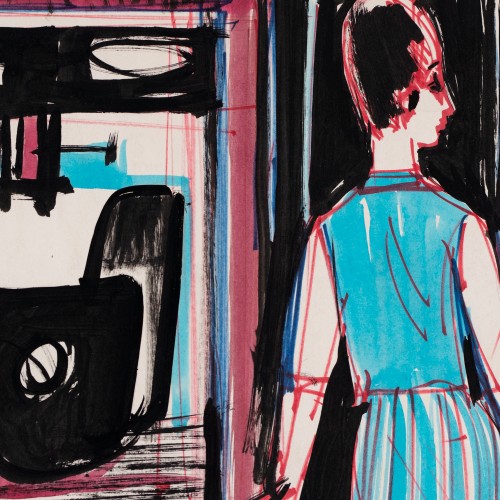 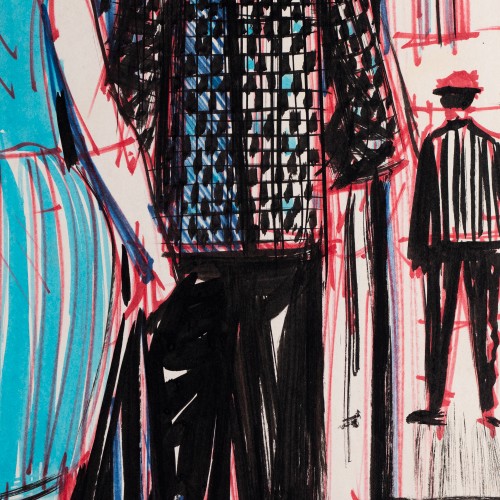 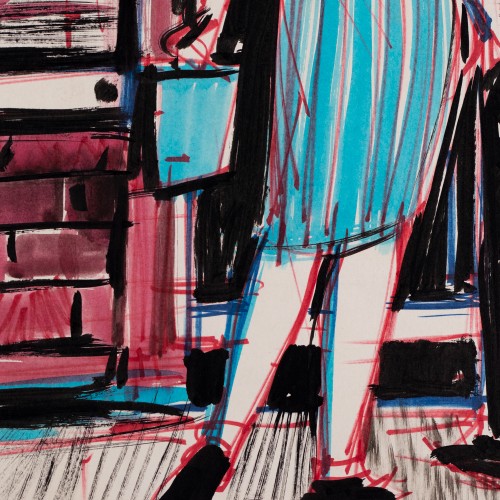 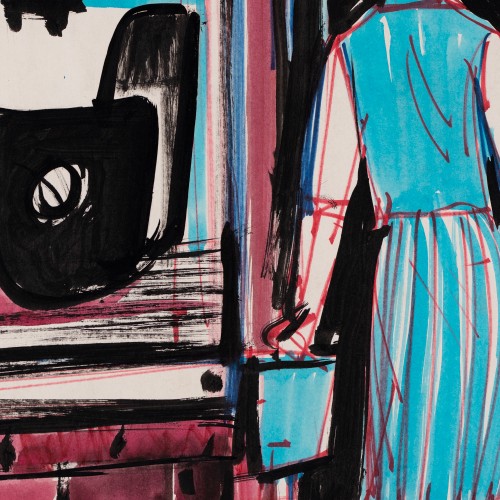 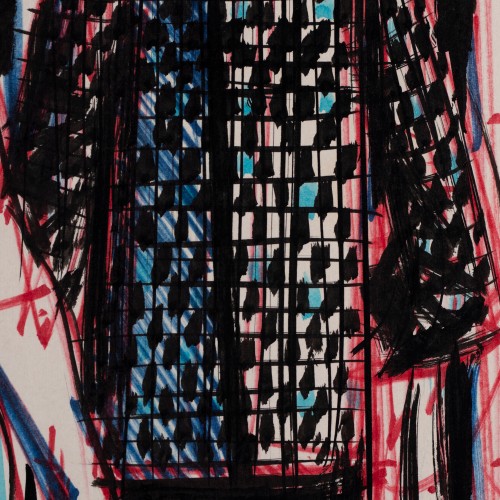 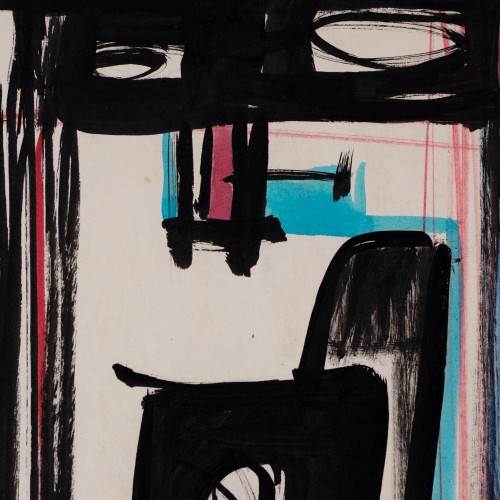 A fashionable couple announces their relationship on the street, but non-verbally - the blue of the woman's dress and bag has completely enchanted the man's face and half of his body. The work uses felt-tip pens, which were neither sold nor made in the Soviet Estonia of the 1960s. Thus, the drawing was probably completed in Canada, where Erich Pehap from Pallas had emigrated.