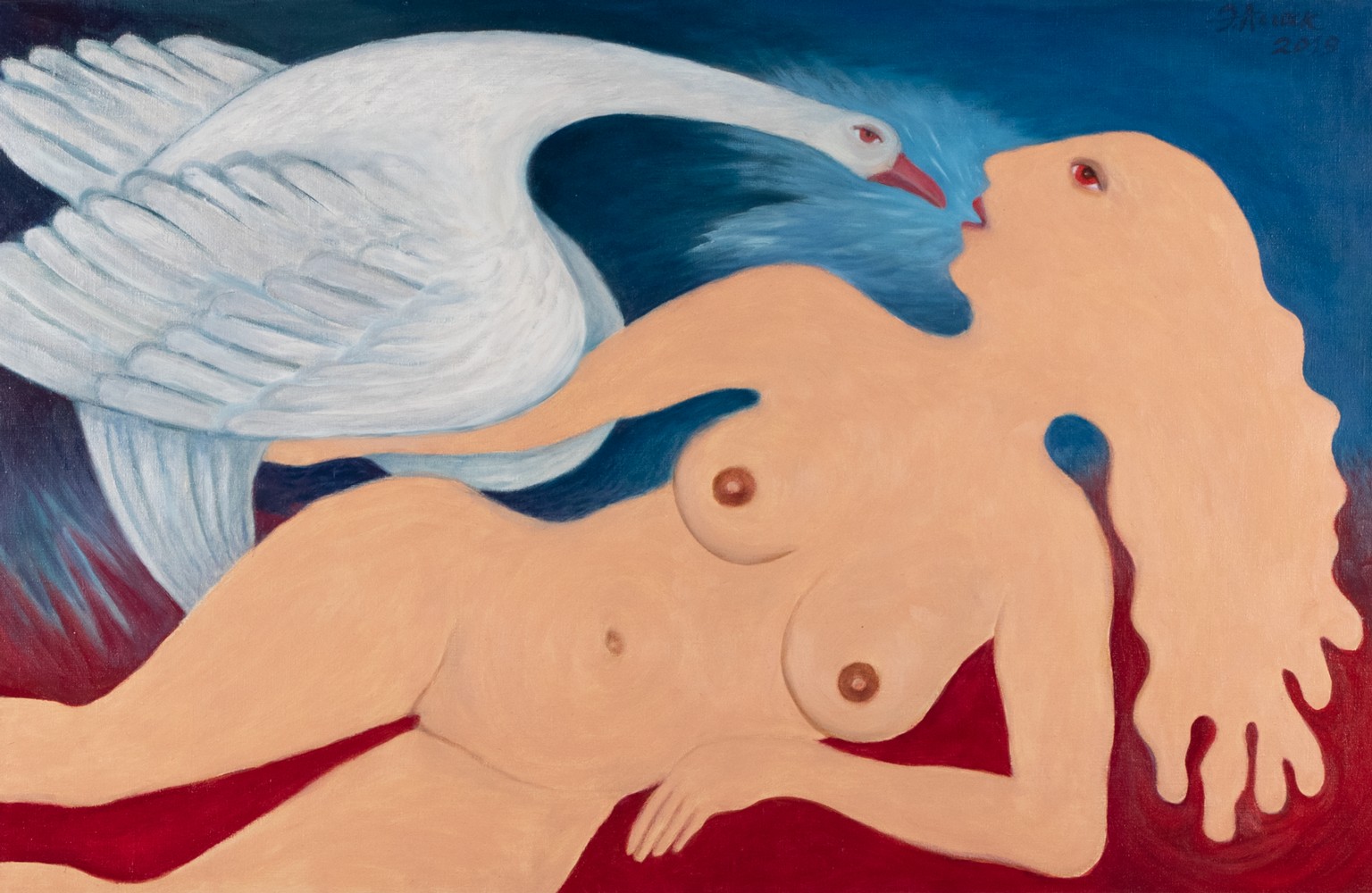 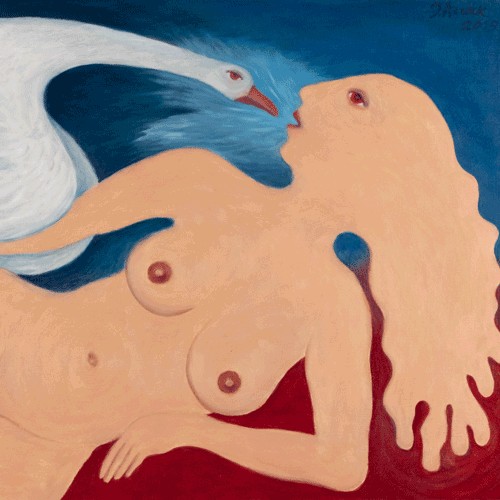 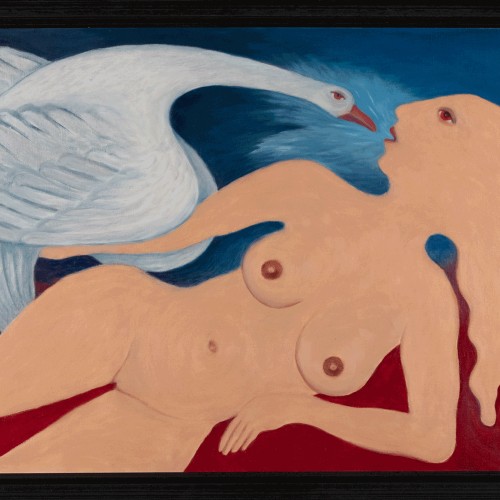 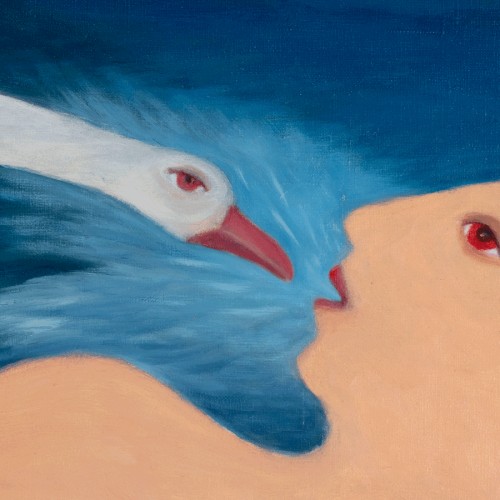 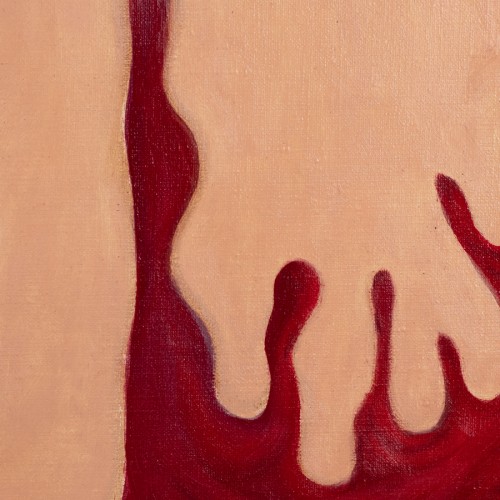 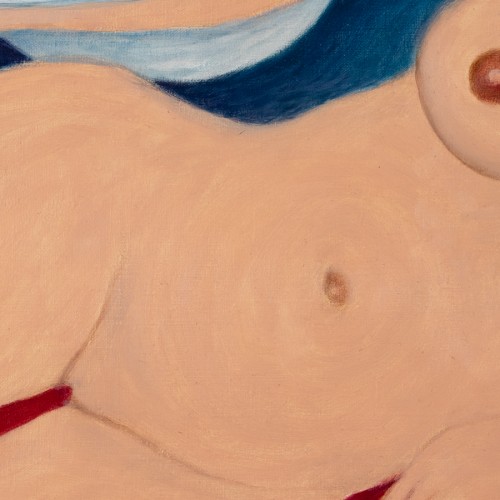 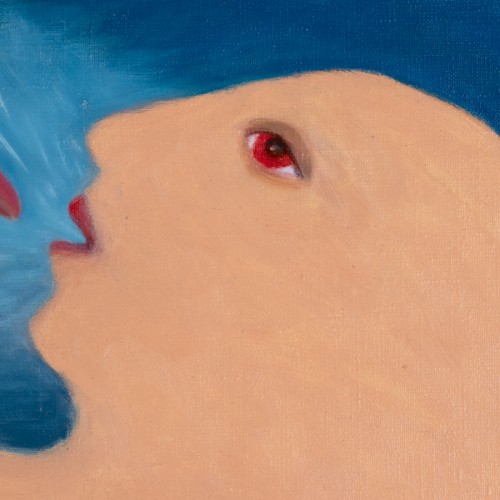 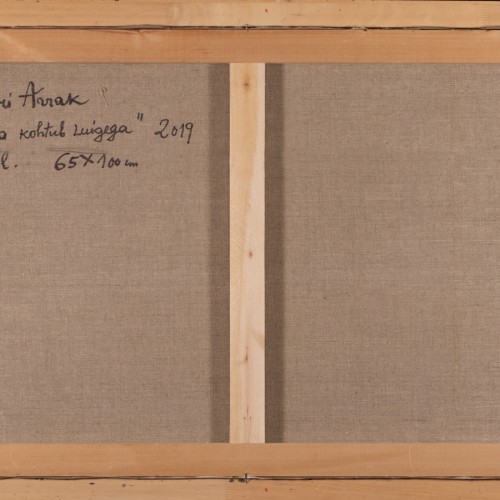 If some people still don`t know about the dangerous ancient Greek myth of Leda and the swan. The main god Zeus transformed into a swan, who seduces Leda, which has been widely depicted in international art history, tells about forbidden love and at the same time achieving something through deception. An erotic scene. Jüri Arrak has depicted this myth in several of his works. In this version, the painting is dominated by Leda, who seems to be on the side of the initiator, holding the swan upside down. Artists always have the freedom to present well-known stories in a different way, but the role of the viewer is to distinguish between things. There are four main colors in the painting, red, blue, white and flesh tone - the key seems to be red, which is what both Leda and the swan's eye are painted to be. In this way, the symbolism within the painting itself is created.