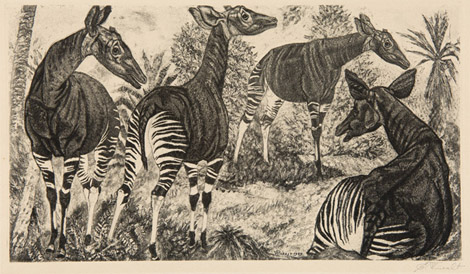 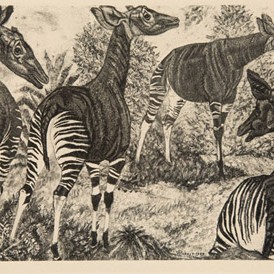 When Eduard Wiiralt stayed in Paris for a longer period for the second time, the situation had changed for him. The war was over, Estonia had been occupied and also the international art situation had changed. Still Wiiralt was remembered. In the world art Mecca he was remembered even 25 years after his arrival. At the end of the 1940ies one publishing house addressed Wiiralt and asked him to create four animal-depicting etchings. Wiiralt started thorough preparations and created a number of drawings in the Vincennes zoo. Thereafter the first accomplished work was “Okapies”. The motif was exotic, but the artist’s skillfulness at the depiction of animals was generally understandable.