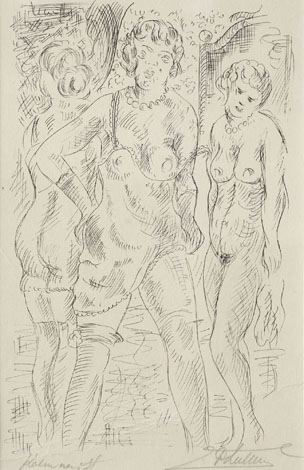 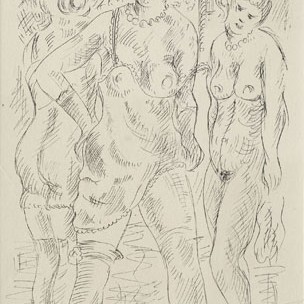 Paul Luhtein (until the year 1939 Luttein) became a celebrity of the Estonian graphical art thanks to his studies abroad. Most probably also this work, which considerably differs from his later creation, was accomplished at that period. As we know the Luhtein after the World War II by his neat, sometimes even sterile works, then here the artist has created an erotic, slightly frivolous and comical picture. In Wiiralt’s spirit also Luhtein has tried to depict the models in a slightly grotesque key. He is much subtler and more beautiful, but still reveling in art deco-style. Where did these women disappear later?
The work was exposed at the opening exhibition of Tallinn Art Hall in 1934.