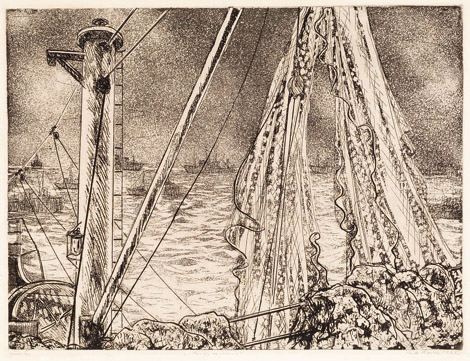 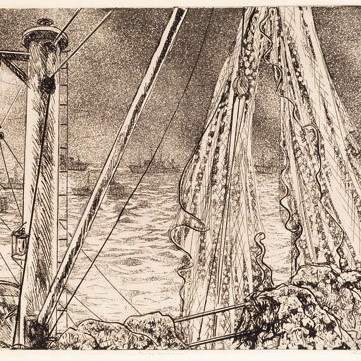 Priidu Aavik followed both in his painting and graphical creation traditions that broke into the Estonian art in the 1930ies. By the 1960ies the life of fishermen had been shown under many different angles: from the depiction of romantic coastal landscapes to portraiting of work heroes. The work by Aavik tells us of the artist’s close relations with the theme. He does not attempt to give an illustrative view of fishing ships or fishermen’s work, as such initial impressions are not new for him anymore. Instead, Aavik himself is sitting on one of the ships and is looking at the ships, making their way in the fog which is like a view, opening through masts and looking like “a picture in a picture”.