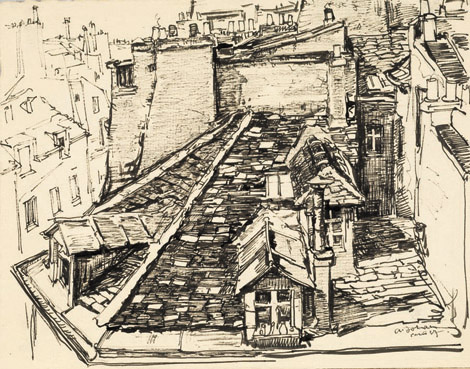 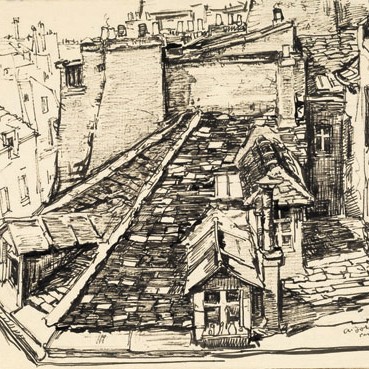 “Pariisi katused” is on a remarkable position in the creation of Johani, one of the most well-known “Parisian” of Estonia. Here he is depicting his second hometown – a place, where his artist’s handwriting received an inspiration. By the way, depiction of the roof motif is not rare in the local art. We know a number of old Tallinn cityscapes, which stroll along romantic roofs. Here we can find both mysterious adventure seeking in the backyards and forwarding of the diverse patterns and forms of roofs.