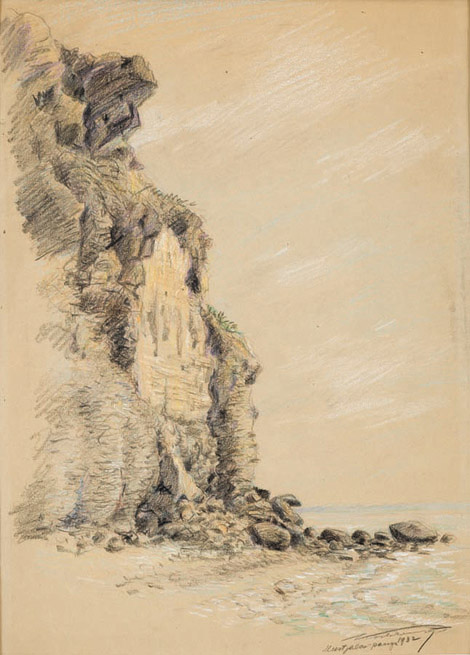 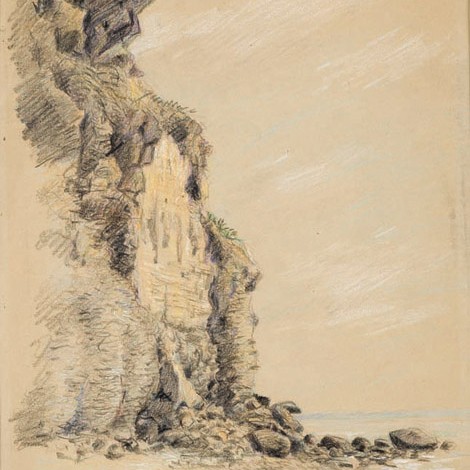 Ernö Koch was an Hungarian, who after having studied in Hungary and Germany introduced new influences into the Estonian art of the 1930ies. Even though his active period in Estonia did not reach up to a couple of decades, the present nature enchanted him to such an extent that he accomplished a number of graphical sheets and drawings and cities. Even though his glance is not a glance of an Estonian, the admiration and respect of Koch are even more sincere.
Ernö Koch’s “Mustjala pank” is a superb example of poeticizing of the nature. Koch has a real poet’s approach to a publicly known and slightly tourist motif. He has cleansed the work of all possible unnecessary details and has completely concentrated on forwarding the image that is being of importance to him personally. The vertical size of the work adds to Koch’s approach not so much festivity, but certain seriousness and reverence.