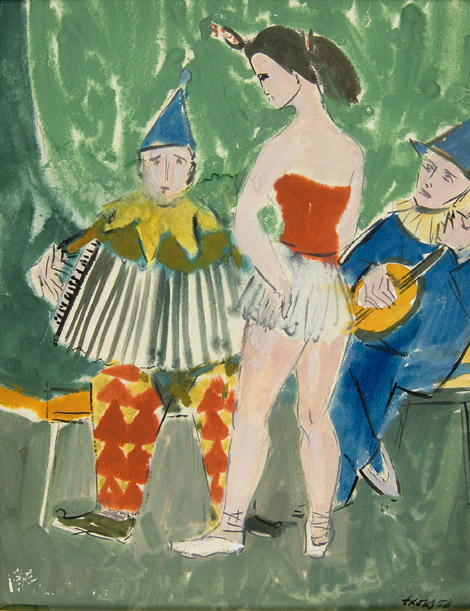 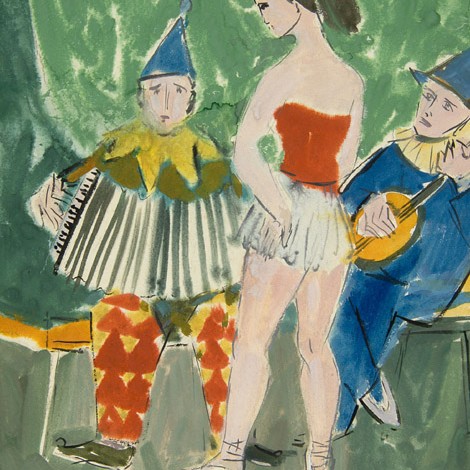 In his creation Endel Kõks mainly seemed to be interested in such aspects, which actually should have been unfamiliar for him. While living in Tartu, he rendered the environment of a large city, while being in exile, he suddenly turned towards abstractionism, after having found a new home, he often travelled abroad and got carried away there. Also “Areenil” seems to be belonging into such line, as the artist is depicting as a popular motif theatrical figures and a colourful scene. But while leaving aside all colour-related targets of Kõks, we can see here also a kind of self-portrait.
From several articles of Kõks can be felt such sense of destiny: while playing merrily a Russian concertina, he is sitting among other artists, but still has remained somehow blue and strange.