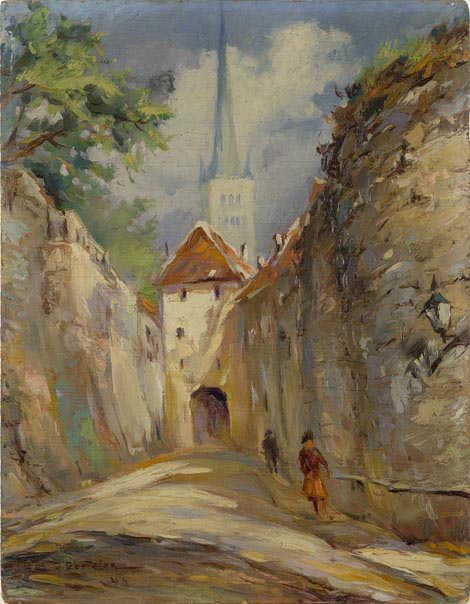 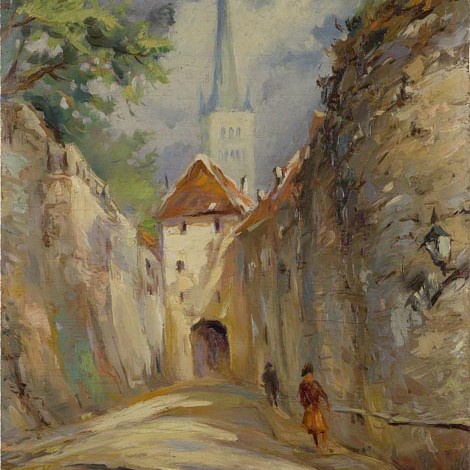 Julius Gentalen was one of those, who was forced to leave Estonia during the war. Still it did not mean for him forgetting of Estonia. While being abroad, he repeatedly painted the local motifs, especially concentrating on the old town of Tallinn, its silhouette, towers, streets and squares. Also “Pikk jalg”, which was painted directly after leaving the country, when there still existed the hope to return, is one of such works that represented the artist’s longing feelings.
With the vertical composition on the work is created a superb view, to which has been added the mysticism of the old town and harmony of colours. The work of the artist, who had left Estonia, is like a dream walk on the beloved city streets.